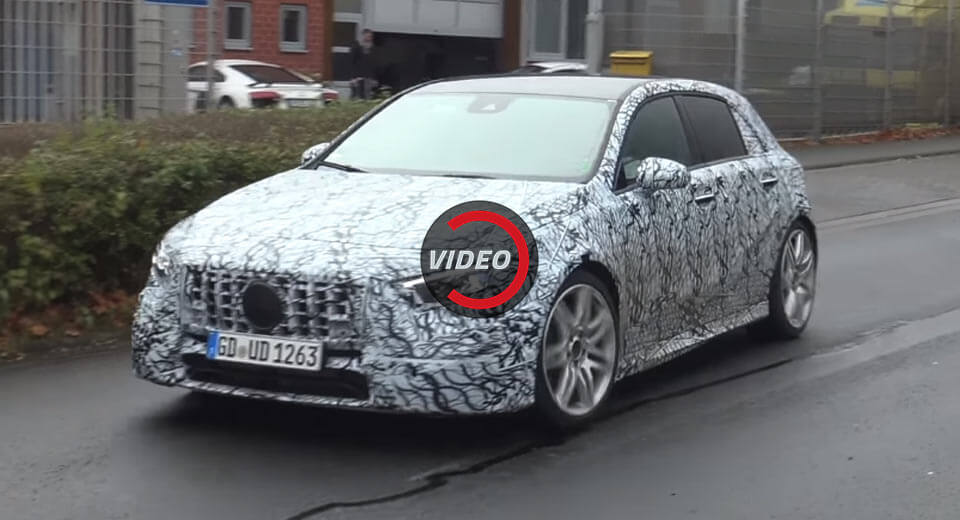 The next-generation Mercedes-Benz A-Class has been spied testing once again, this time prancing through the streets near the Nurburgring and on the famed circuit itself in A45 AMG guise.

The new model is expected to launch in early 2018 and as with previous prototypes, the three in the video below are bathed in camoflage to hide the updated exterior design. Despite the brand’s best attempts, we have a fairly good idea of how the hatchback will look.

A few months ago, our spy photographers managed to snap the interior of the A-Class with two screens on the dashboard, one acting as the gauge cluster and the other as an infotainment screen. The S-Class and E-Class inspired touches continue with three circular air vents in the dashboard and a sleek, three-spoke steering wheel.

Regarding the exterior of the new-age A-Class, it should closely resemble the stunning Concept A Sedan. Consequently, they’ll be the Mercedes Panamericana front grille, sharp new LED headlights and enlarged air intakes.

As you’d imagine, engines on offer will include petrol and diesel mills ranging from three-cylinder units through to the A45’s range-topping, turbocharged 2.0-liter four-cylinder with over 400 hp.