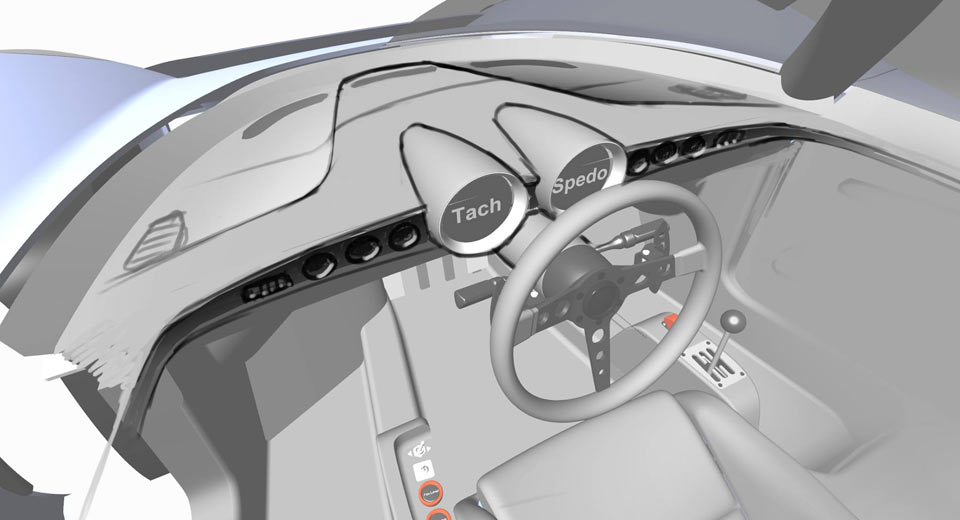 Scuderia Cameron Glickenhaus (SCG) has released a pair of images previewing the interior design for its new sports car.

First teased late last week, the new sports car will be based on a concept car that’s over 25 years old and feature a central driving position like the McLaren F1 and upcoming BP23.

Taking to Facebook, James Glickenhaus published a pair of drawings of the interior which show off its retro design. The first, pictured above, consists of a simple three-spoke steering wheel, a six-speed gated manual shifter, large circular tachometer and speedometer and a selection of other circular gauges across the dashboard. The second image is largely the same but has a slightly more complex dashboard with an air vent sitting between the tacho and speedo.

While the world has yet to see the new car in its entirety, the company says it has already begun to receive orders and deposits and will sell out its initial allocation of 20-25 cars shortly.

Few technical specifications have been announced but we do know the sports car will adopt a high-revving engine with 650 hp.