Take Another In-Depth Look At The Tesla Model 3 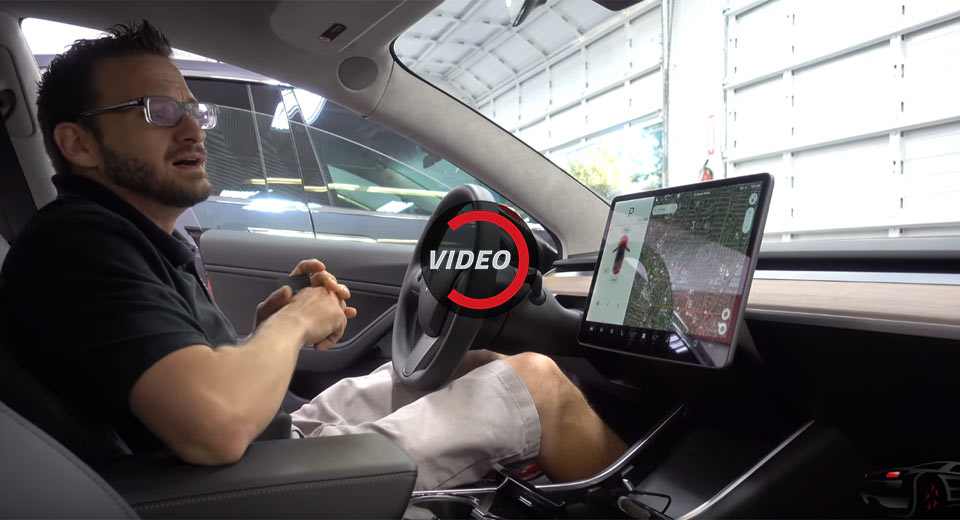 Tesla may have officially commenced deliveries of the Model 3 in July but in reality, no one outside the company has Tesla’s latest sedan sitting in their garage.

Nevertheless, those Tesla employees that have taken delivery of their Model 3 are free to do with it what they like and that includes having it detailed. So, when OC Detailing had one in their shop to work on, they decided to make a video showcasing many of its key features, some of which we didn’t previously know about.

Among the unique features of the Model 3 is its use of a key card rather than a key fob. We already knew the electric carmaker had employed this intriguing card in the sedan but unfortunately, it’s become clear that it isn’t as convenient as traditional keyless entry.

Rather than simply having a key fob with you and the doors automatically unlocking when you’re nearby, the Model 3 actually requires you to place the card on a specific part of the B-pillar before you can gain entry. The solution is novel but it’s even less convenient than a traditional remote.

Elsewhere, the clip provides an in-depth look at the vehicle’s sparse cabin. The large sunroof over the front seats and the rear windshield that also doubles as a moonroof are certainly the standout features. Up front, there’s barely anything to see other than a simple dashboard and the huge touchscreen. The only physical buttons appear to be for the doors, windshield wipers, gear selector and two little dials on the steering wheel.

All in all, the Model 3 is perhaps the most minimalist car on the market. Some will love it for that, others will hate it. What are your thoughts?