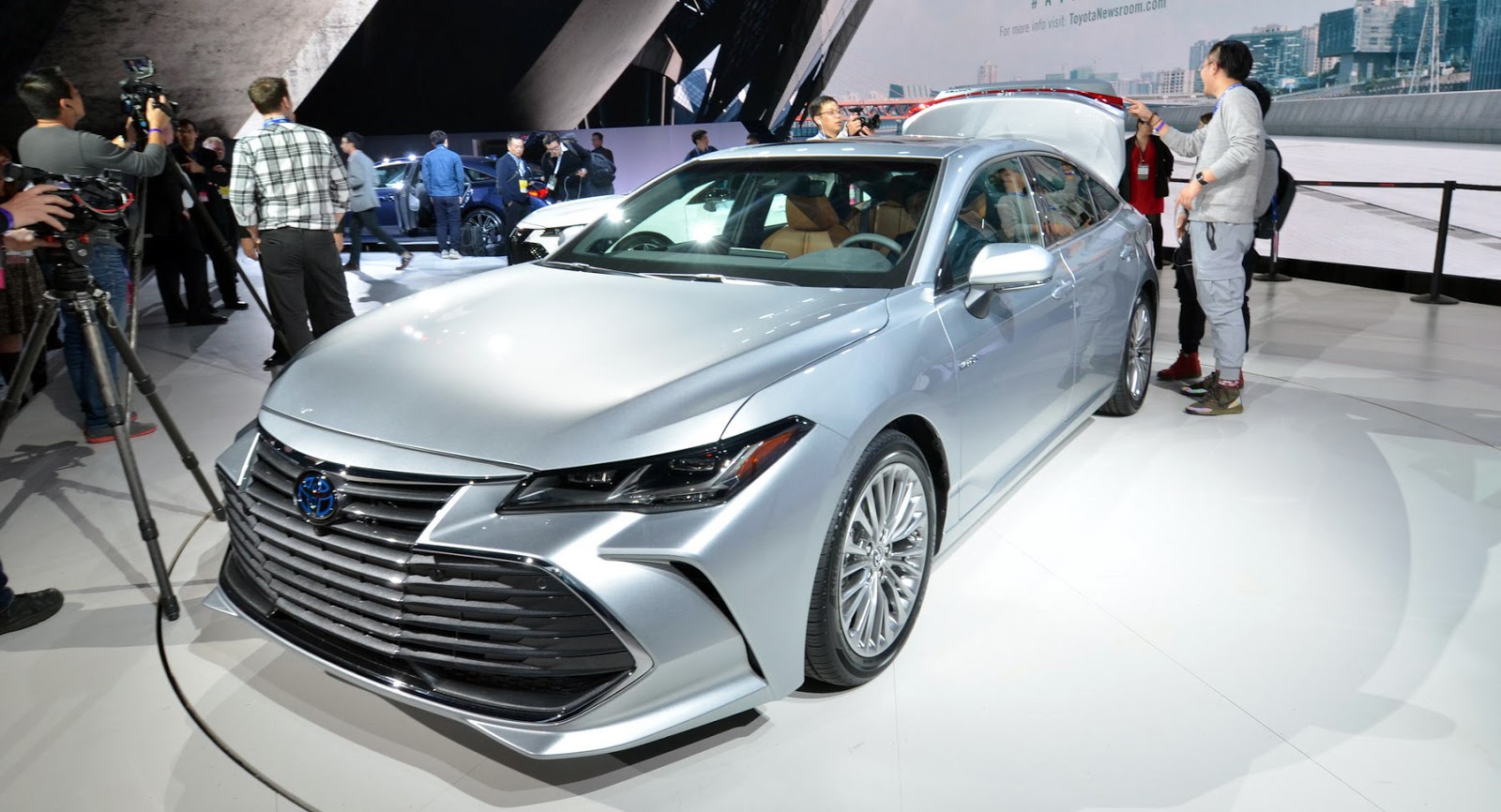 While crossovers and SUVs are dominating the market, Toyota isn't ready to put its traditional saloons to rest, with the brand unveiling the fifth generation Avalon at the 2018 Detroit Auto Show.

It features new and more premium styling, with the most eye-catching part being the massive razor blade-like (...and mustache-shaped) grille that brings to mind Lexus and which is flanked by slim headlights. The Avalon's design also incorporates a more muscular profile, and a redesigned rear end, with new taillights connected by a prominent strip.

Inside, the big news is Toyota's Entune 3.0 infotainment system that  dominates the central console and provides access to connected services, Wi-Fi hotspot, and sound system, among others. Audiophiles can go ahead and get the optional JBL 7.1-channel system, which boasts 1,200-watt. Qi wireless mobile device charger, Toyota Remote Connect with Smartwatch, Amazon Alexa Connectivity, Apple CarPlay, are also part of the offerings, along with up to 5 USB ports, and a selection of wood and leather trims. What's absent is Android Auto support, which is weird given the percentage that Android holds on the smartphone market.

There's a new 7-inch display in the instrument cluster as well, which allows the driver to see the vehicle information, safety settings, navigation, and other functions, while the addition of a 10-inch head-up display, said to be the largest in the segment, should earn extra points for the car.

Powering the 2019 Toyota Avalon are two engines: an upgraded version of the 3.5-liter V6, with an 8-speed automatic gearbox, and a 2.5-liter four-cylinder hybrid, with a 650-volt electric motor and CVT.

Other changes made to the new Avalon include the active variable suspension with adaptive damping, shock absorbers at each corner with solenoid control valves for independent wheel control, front and rear G sensors, and a multilink setup at the rear.

Drivers will get to choose between one of three driving modes on all trim levels - Eco, Normal, and Sport, while those who sit behind the wheel of the Touring grades will get a fourth one, called Sport+.

Toyota will start taking orders for the 2019 Avalon in late spring, with pricing to be announced at a later date.