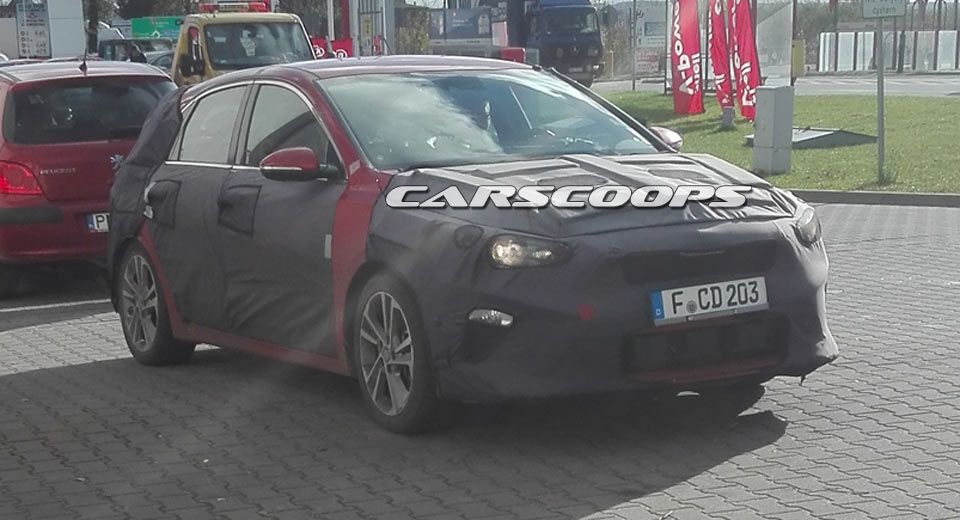 A prototype of Kia’s next-generation Cee’d has been spied testing in Konin, Poland.

Snapped by Carscoops reader Janumich, this prototype looks largely identical to the test car that was spied in Belgium. In fact, it actually has the same license plate and was found near a Shell fuel station.

Kia has yet to announce when the world can expect to see the new Cee’d but we predict a global premiere at March’s Geneva Motor Show.

In the meantime, this prototype, as well as others, indicates that the South Korean automaker will overhaul the hatchback’s design and take inspiration from the Kia Rio and Hyundai i30, two cars which we think look very nice.

On an engine front, buyers should be offered the same diesel and petrol engines of the new Hyundai i30. Additionally, the new Cee’d will be jam-packed with technologies, including Autonomous Emergency Braking, Blind Spot Detection and Lane Keeping Assist.

Thanks for the scoop Janumich!