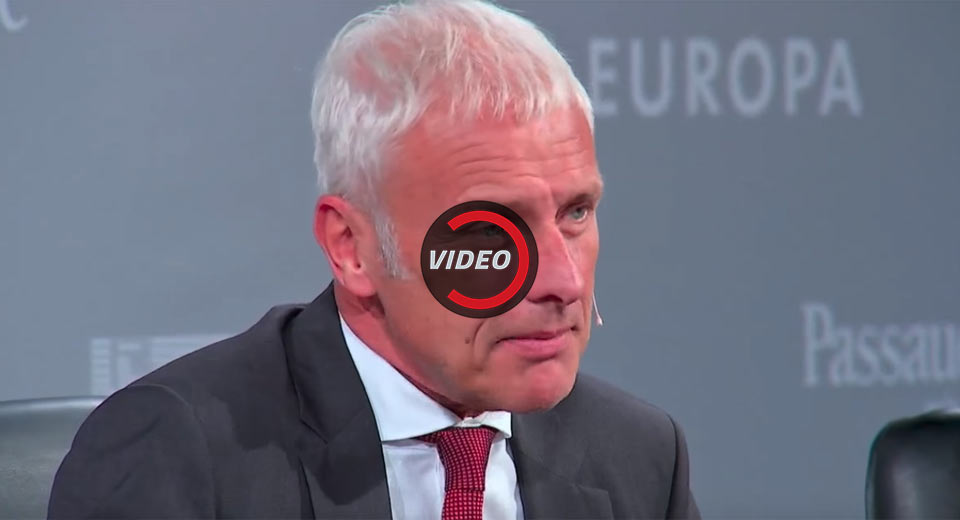 Volkswagen chief executive Matthias Muller has hit out at Tesla, asserting that the electric carmaker isn’t a social responsible brand and burns through millions of dollars.

Speaking during a recent panel discussion on the future of the automotive industry, Muller’s emblazoned speech was prompted by a moderator.

Translated from German to English, it went a little like this.

“Now I really need to say a few words about Tesla: With all respect, there are some world champions of big announcements in this world—I don’t want to name names. There are companies that barely sell 80,000 cars a year.

“Then there are companies like Volkswagen that sell 11 million cars this year, and produce a profit of 13 or 14 billion euro. If I am correctly informed, Tesla each quarter destroys millions of dollars in the three digits, and it willy-nilly fires its workers. Social responsibility? Please. We should not get carried away and compare apples with oranges,” Muller said.

Muller’s statements are, for the most part, based on fact. Tesla’s sales pale in comparison to VW and it is still yet to routinely return any profit. Additionally, the electric automaker recently fired hundreds of workers and has been sued on multiple occasions for racial and anti-LGBTIQ abuse.

As Ars Technica points out, however, VW is far from an angel of the automotive world. In fact, it was behind one of the industry’s largest ever coverups when it cheated diesel emissions testing around the world, leading to billions in fines and tens of millions of vehicles being recalled.