Volkswagen recently announced plans to build a production version of the I.D. Buzz concept and the automaker has just confirmed it will be joined by a Cargo variant.

Set to be launched in 2022, the model will be a compact electric van that resembles the Bulli. Volkswagen declined to elaborate but the cargo van will likely be differentiated from the standard model and have a greater focus on moving equipment and goods.

Getting there wouldn't happen overnight but the company is continuously working on autonomous driving technology including the platooning of semi-trucks. The trucks are semi-autonomous and the lead vehicle determines the route and the speed of the trucks in the convoy. Volkswagen says the system helps to improve safety as well as reducing fuel consumption thanks to slipstream driving.

Volkswagen Truck & Bus is also investing in electric vehicles and has developed an e-drivetrain that will be used on medium- and heavy-duty trucks as well as city buses. The electric platform will also be offered in the United States thorough Volkswagen's strategic partner Navistar beginning in 2019.

The company isn't just focused on electricity as heavy-duty trucks designed for long-haul transportation aren't an ideal fit for an electric powertrain. Instead, Volkswagen is eyeing combustion engines powered by gas or biodiesel as well as engines running on Liquefied Natural Gas. 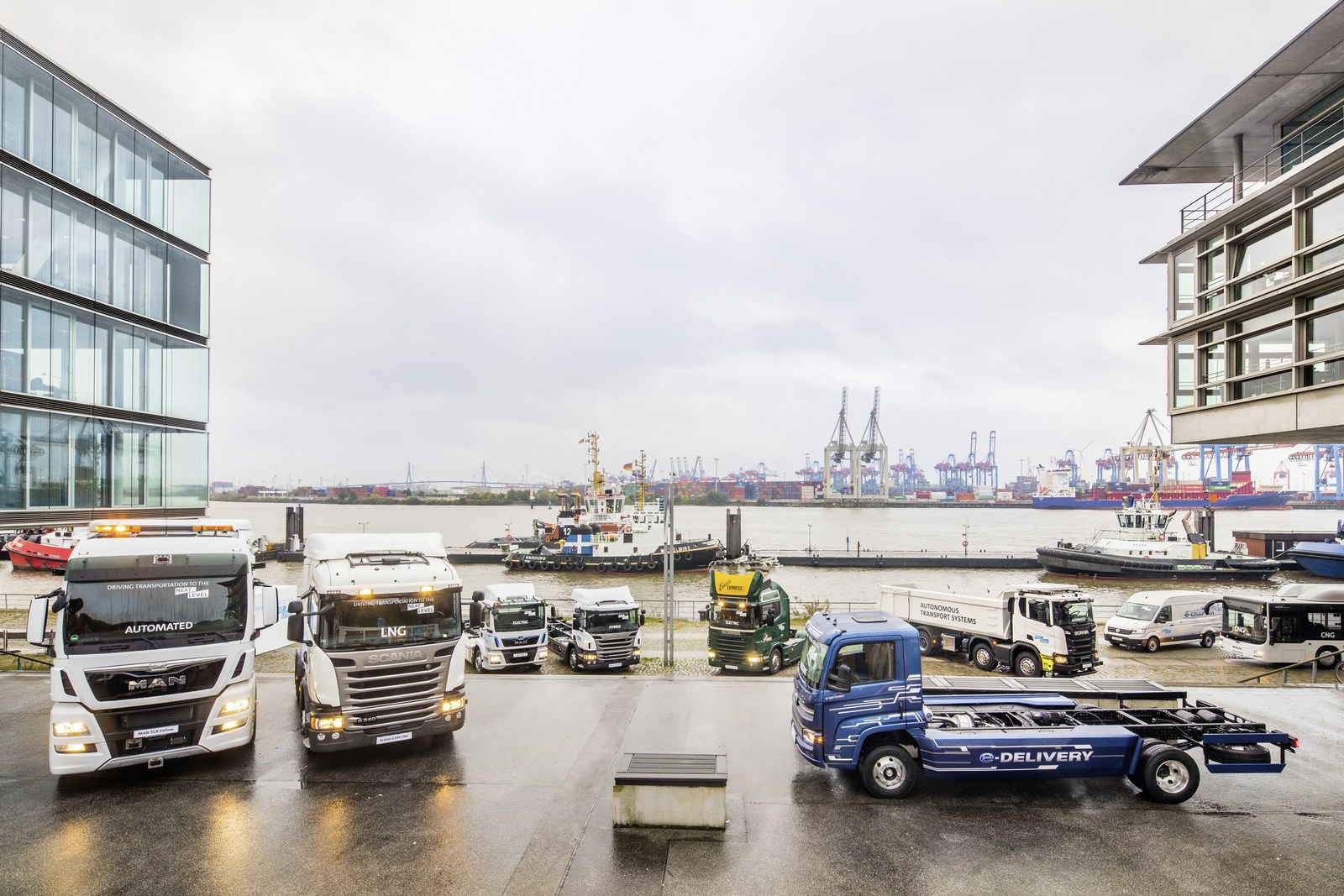