Yamaha Cross Hub Concept Wants To Build An Adventure Around You 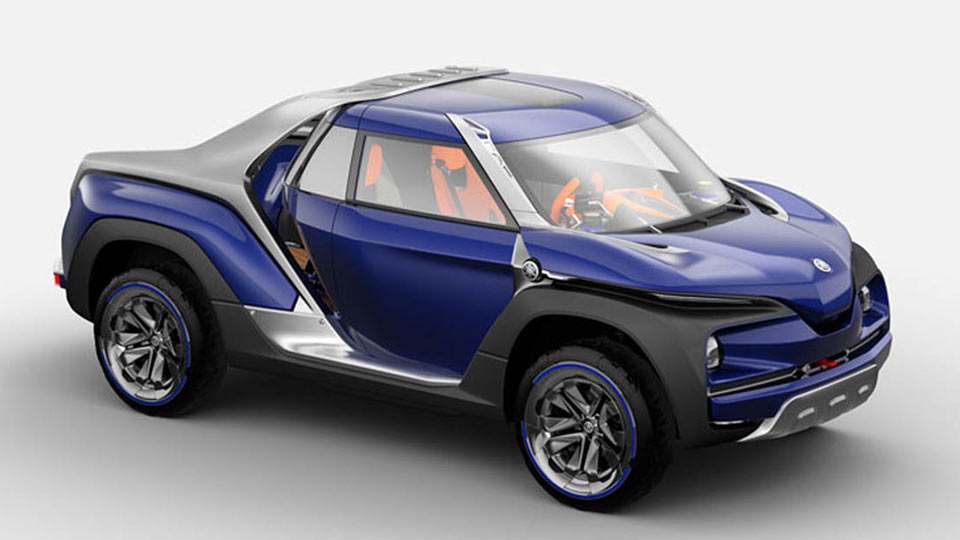 From pianos to motorcycles, Yamaha makes a lot of different products. It has traditionally stayed out of the mainstream automobile market, but it's been dipping its toes in the water with projects like this one.

Called the Cross Hub concept, the funky off-roader is one of the more intriguing showpieces at the center of Yamaha's presence at the Tokyo Motor Show this year. Technical details are few and far between, but what we're looking at is clearly a fresh take on the small pickup.

Most unusual is the cab, which features a four-seat layout – but not as you'd usually expect to find it. Instead the seats are arranged in a diamond configuration, with the driver (quite literally) front and center, flanked rearwards by two passenger seats, and another one in line with (and behind) the driver.

The pickup bed is even further separated structurally from the cab than usual, sporting enough space to transport a motorcycle or two (or a quad ATV) for adventures off-road.

The vehicle measures roughly the same size as a Toyota RAV4 or Honda CR-V. Its design bears similarities to the Sports Ride concept unveiled at the same show two years ago, but applied to a different form and with more rugged cues.

No mention is made this time of any involvement from Gordon Murray Design, but the central driving position suggests the McLaren F1 designer may be involved – beyond furnishing his iStream manufacturing framework.