Yamaha MWC-4 Concept Briges The Gap Between Car And Bike

Yamaha makes motorcycles. It may make cars at some point, if recent concepts lead anywhere in the near future. But this one bridges the gap between the two.

With four wheels, the MWC-4 may appear closer to a car (missing some parts), but is closer in concept and execution to a motorcycle (with some extra components added).

Like a Renault Twizy, it features tandem seating, a windscreen, fixed roof, and open sides. But it's controlled by handlebars (not a steering wheel), and actually leans into corners (instead of staying perpendicular to the road surface).

The MWC-4 is little longer than a Twizy, but about the same height, and a fair bit narrower. Power comes from a pair of electric motors, with a gasoline engine on board to serve as a range extender. And the design looks considerably more aggressive than the Renault – or anything this side of a Decepticon, really.

Whether Yamaha ever gets into the conventional car business or not, building something like the MWC-4 could stand to put it on the radars of buyers who wouldn't otherwise consider a motorcycle. Here's hoping whatever it makes will ultimately look just as cool. 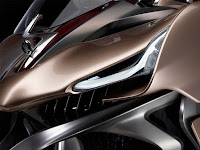 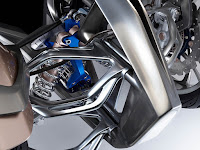 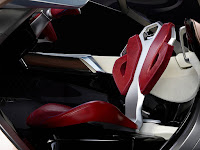 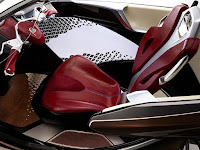