Yamaha Niken Adds Another Wheel Into The Sport Bike Mix 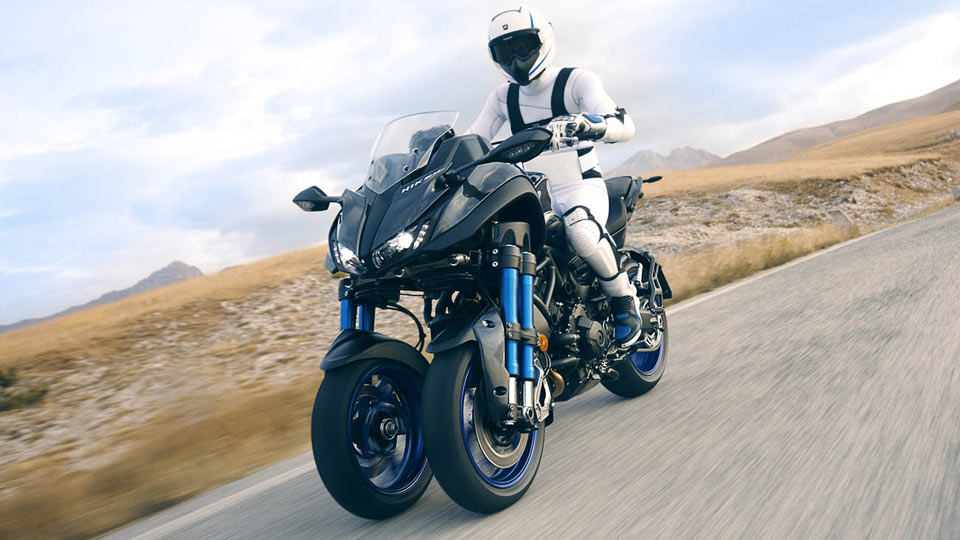 When it comes to three-wheeled vehicles, there are some that take the form of cars missing one wheel, and others that more closely resemble motorcycles with one extra.

Yamaha's new Niken clearly falls in the latter category – and takes it a step or two further. Where other trikes take a more sedate approach, the Niken looks like a full-on sport bike, but with the added stability of a dual front wheels.

The Yamaha Niken packs a three-cylinder engine of undisclosed (but assuredly large) capacity and output, but we get the distinct feeling we're looking at an 850cc engine. Whatever the size, it features dual overhead cams, four-valve cylinder heads, and liquid cooling.

However much power is channeled to the rear wheel, while a pair of 15-inch rollers up front articulate on inverted forks to maintain stability in corners and when coming to a stop. As you can see from the video below, Yamaha wants us to think of the front setup like a pair of skis (and less like training wheels).

The bike (or trike) is alternately billed as a 2018 model or as “reference vehicle” (read: concept). Either way, we won't be surprised to see this (or something similar) carving back roads in the near future. Look for more details to surface at the EICMA motorcycle show in Milan on November 6.