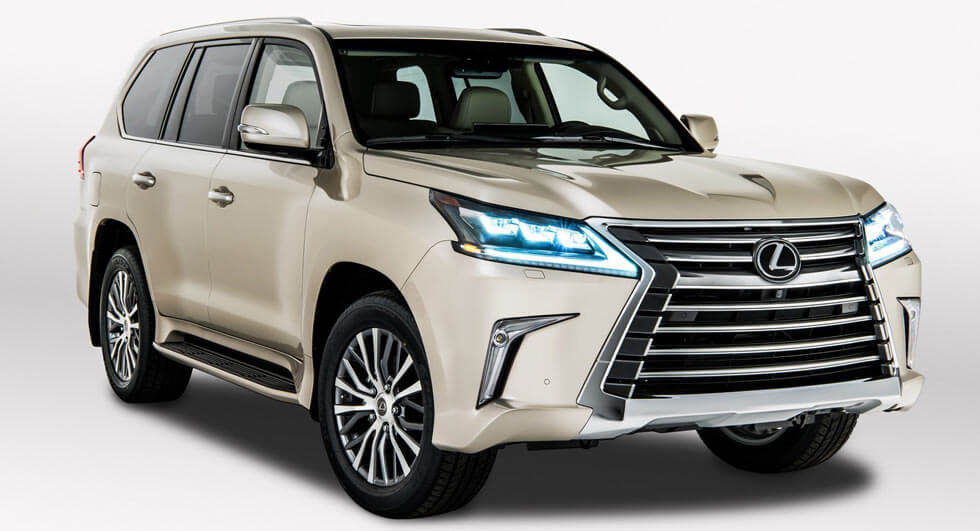 There's a saying that less is more and Lexus is hoping that rings true as the company has unveiled a five-seat version of the 2018 LX 570 in Los Angeles.

Billed as a more cargo-friendly version of the luxury SUV, the elimination of the third row allows the model to carry 50.5 cubic feet (1,430 liters) of luggage behind the second row. For comparison, the seven-seat variant can only hold 44.7 cubic feet (1,265 liters) of cargo behind its middle seats.

The difference is minor but the five-seat model starts at $84,980 which is $5,000 less than the seven-seat variant. Despite being slightly more affordable, the model comes nicely equipped with leather seats, a four-zone automatic climate control system, and a power moonroof. Other niceties include a power tailgate and 20-inch alloy wheels.

Power is provided by a familiar 5.7-liter V8 engine that produces 383 hp (285 kW) and 403 lb-ft (545 Nm) of torque. It is connected to an eight-speed automatic transmission which sends power to a four-wheel drive system with a Torsen limited slip center differential.