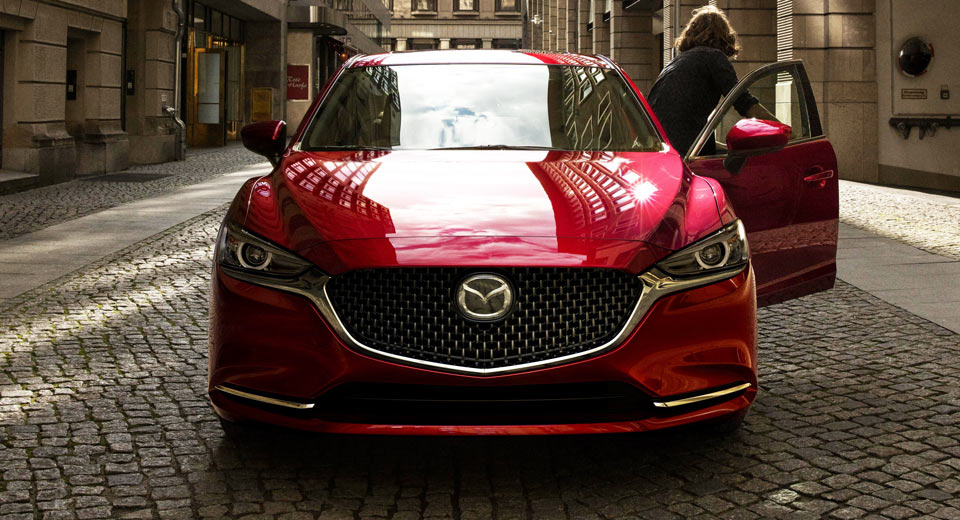 Toyota has Lexus. Nissan has Infiniti. Honda has Acura. But for Mazda, this is as high-end as it gets.

Feast your eyes on the updated Mazda6, revealed today at the LA Auto Show – where it may not be the most exciting vehicle on display, but we dare say one of the best-looking.

The Zoom-Zoom brand's rival to the likes of the Toyota Camry and Honda Accord (to name just two), the Mazda6 competes in one of the most hotly contested segments in the industry. And the revisions ought to go a long way towards increasing Mazda's share of that pie.

An extensive facelift of the existing model, the new 6 adopts Mazda's latest design language, foreshadowed by the Vision Coupe concept unveiled in Tokyo – which is a good thing, especially in the automaker's signature Soul Red Crystal paint. But what Mazda is touting most about its new flagship sedan is its upscale accoutrements.

Citing the popularity of the higher-spec versions of the new CX-9 – 55 percent of which are sold in Grand Touring or Signature trims in the US – Mazda is offering the new 6 with upscale equipment like Nappa leather, UltraSuede, and Sen wood trim. The (optionally ventilated) seats have been redesigned for better ergonomics in a cabin packed with an 8.0-inch infotainment display, an available 7.0-inch instrument display, and head-up display on the windshield.

Power comes from Mazda;s Skyactiv-G 2.5-liter four, in either naturally aspirated or turbocharged forms. With as much as 250 horsepower (on premium fuel, 227 on regular) and 310 lb-ft of torque, Mazda describes the forced-induction engine (transplanted from the CX-9) as packing “torque on par with a 4.0-liter V-8 engine” thanks to its variable-pressure turbocharger. The new Mazda6 is available, once again, with a manual transmission – but only with the lower-spec engine, while the turbo comes mated to a six-speed automatic.

The chassis has also been retuned to better optimize the balance between handling, ride, and NVH (noise, vibration, and harshness). The rigid-mounted steering rack promises improved feel and response. And better sound deadening offers a quieter ride.

Look for the heavily revised Mazda6 to reach showrooms in the spring. By that time we should have a better idea of how much all these upgrades will cost over the $21,945 at which the outgoing version starts. 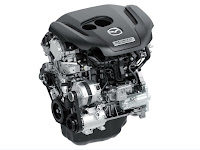