Will The LM002 Still Tempt After Lamborghini Reveals The Urus? 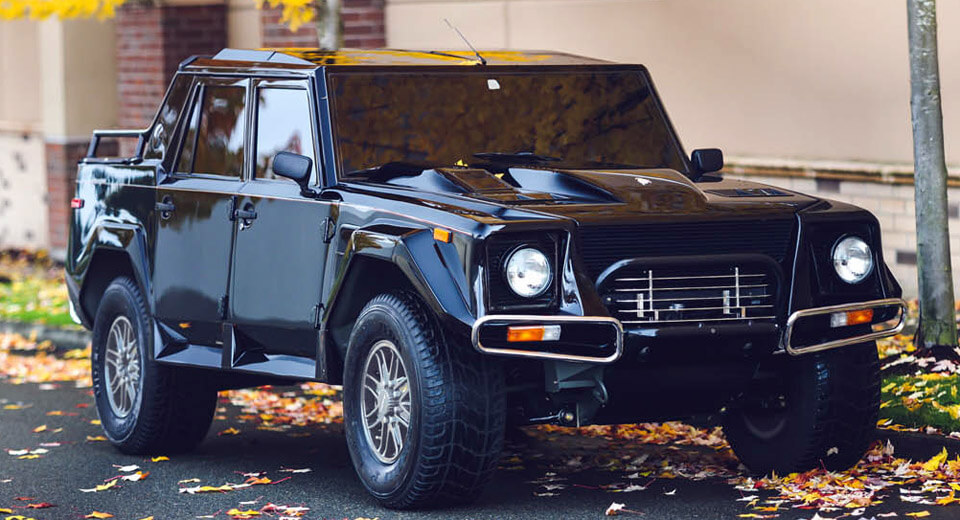 Lamborghini is gearing up to finally reveal the Urus on December 4, when it will emerge as the Italian automaker's first crossover – but not its first SUV.

That honor will forever belong to the LM002. The Raging Bull marque only made 300 or so examples, of which a few dozen were sent to America. And one of them is heading to auction, just two days after the Urus is unveiled.

Italy's take on the Hummer, the LM002 was as rugged as they came. But instead of a diesel V8, the Rambo Lambo was powered by the V12 out of a Countach. It could hit 60 in 7.7 seconds, climb any mountain, and ford any stream.

This example, captured here by William Walker for RM Sotheby's, was one of the few LM/American examples built to US standards. It sold new in 1990 for $158,000 – about $300k in today's money – and recently underwent an exhaustive, five-year, $325,000 restoration process, including a fresh set of those giant run-flat Pirelli Scorpion tires.

The auctioneer estimates it will sell for a good $400-500k when the gavel drops in New York on Wednesday, December 6 – mere days after the Urus' debut. For our part, we can't help but wonder what the new crossover's arrival will do for Rambo Lambo values. Because while the Urus is bound to be expensive, it isn't likely to retail for half a million dollars.