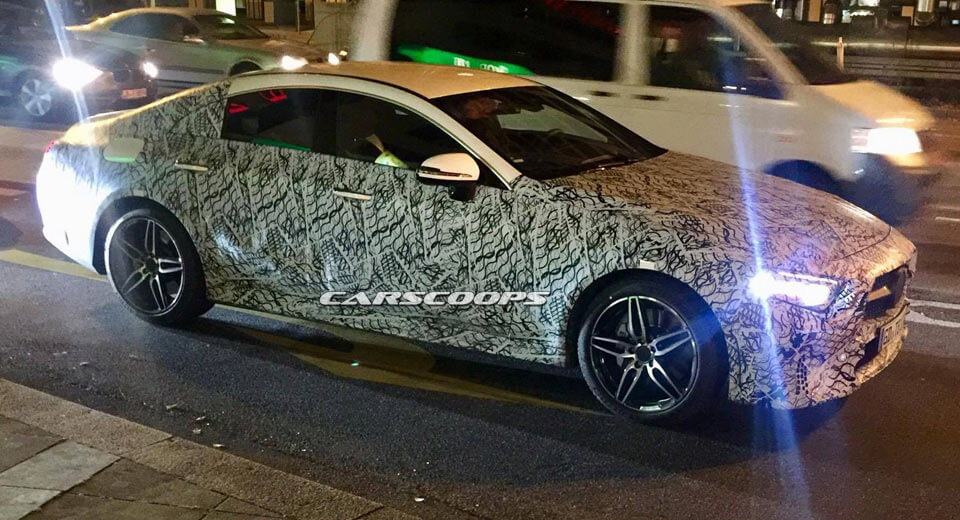 As the 2019 Mercedes-Benz CLS inches closer towards its global premiere at the Los Angeles Auto Show in three weeks, Carscoops reader Tom Phipps has spotted a camouflaged prototype on the streets of Stuttgart.

Due to the camouflage covering the vast majority of the car’s exterior, it is difficult to know exactly what CLS variant was being tested by Mercedes-Benz. With that being said, the presence of five-spoke sports wheels and quad tailpipes indicates that it could be one of the impending AMG variants.

In August, it was revealed that Mercedes-AMG won’t just create ‘63’ versions of the CLS but also produce CLS43 and CLS53 models. The versions of the latter will use a tuned version of the Mercedes M256 inline six-cylinder engine and should deliver approximately 430 hp. It is, therefore, possible that this prototype is a CLS53 or either a V8-powered CLS63.

Whatever the case may be, we know the new CLS will be underpinned by the same platform as the E-Class but be slightly longer and wider.

Hat tip to Tom Phipps for the scoop!