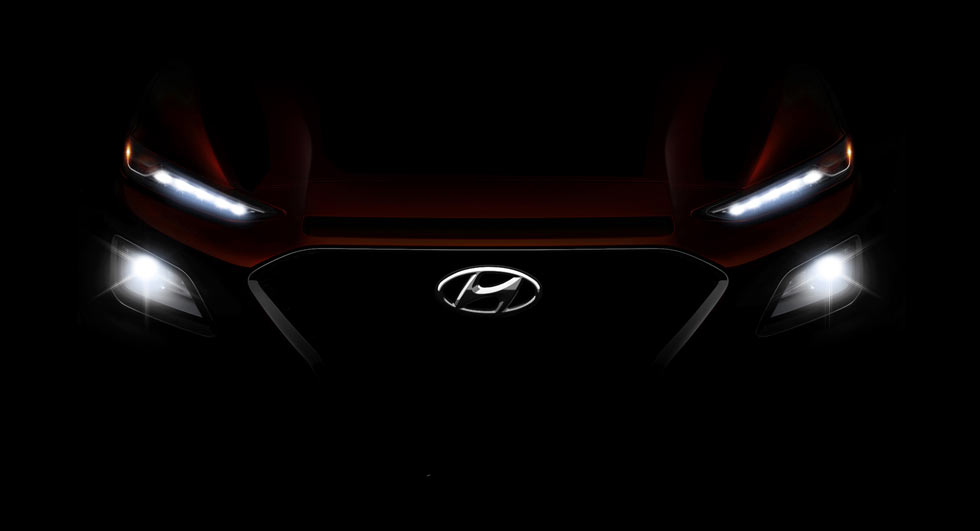 The Los Angeles Auto Show kicks off next week and Hyundai has released the first teaser image of the US-spec Kona crossover.

The company is keeping details under wraps but the model should closely resemble the Kona that is sold in overseas markets. As a result, we can expect the a boldly styled crossover which features a prominent grille, plastic body cladding, and a unique front lighting system that mimics the Jeep Cherokee.

Detailed specifications will likely be announced on November 29th but the UK-spec model can be equipped with premium features such as leather upholstery and heated / ventilated front seats. Other options include an automatic climate control system, a wireless smartphone charger, and an infotainment system with an 8-inch display.