Aston Martin Hustles Its New Vantage Around The 'Ring 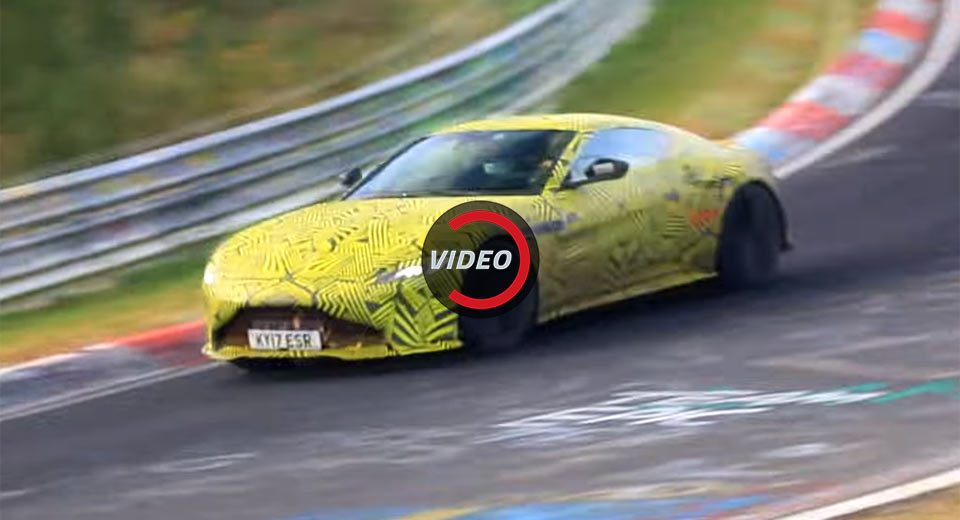 The new-generation Aston Martin Vantage has been filmed in the midst of high-speed testing at the Nurburgring.

As previous spy shots and a recent teaser image have shown, the design of the latest Vantage will closely resemble James Bond’s Aston Martin DB10. Among the key design changes over the current car will be a narrow snout and slim LED headlights, helping to make the marque’s entry-level sports car feel smaller than ever before.

Elsewhere, we know that the new Vantage will adopt an LED brake light strip stretching the entire width of the rear. Further complementing the new look will be a prominent trunklid lip spoiler and aggressive rear diffuser.

Based on the sound of this prototype, it seems apparent that the car will use the same twin-turbocharged 4.0-liter V8 recently introduced to the DB11 family. Horsepower and torque figures of this engine, when fitted in the Vantage, remain unknown, but we’d suspect slightly less than the 503 hp and 498 lb-ft offered in the DB11.