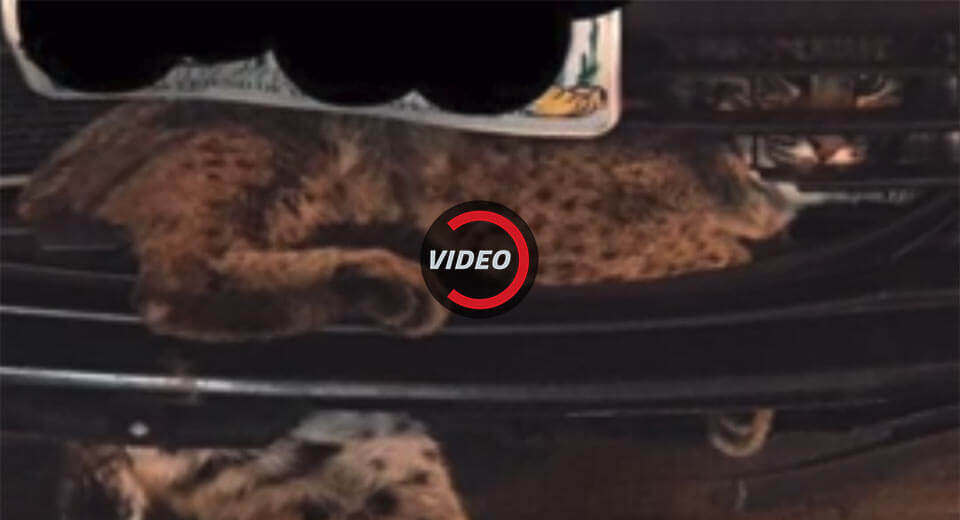 A bobcat has somehow survived a 50-mile journey in the front grille of a Toyota Prius after being struck in Richmond, Virginia.

WTVR reports that a woman driving to work last Thursday morning hit something on her journey. Unaware of what it was, she continued the drive and only noticed the bobcat wedged in the grille after a 50-mile and almost one-hour long drive into the city.

Shortly after, the woman contacted Richmond Animal Care & Control (RACC) who arrived on scene and quickly sedated and saved the animal.

�We got on scene and it really was true. It�s really a bobcat stuck in the front of a Prius grille,� said RACC officer Barbara Jones. �When we walked by, he hissed at us, so he�s alive and may be OK, which was so crazy since she drove from Gloucester to VCU.�

When the bobcat was sedated, rescuers manipulated the Prius� bumper and were able to free it. Incredibly, the bobcat suffered no injuries other than a small cut on its back.