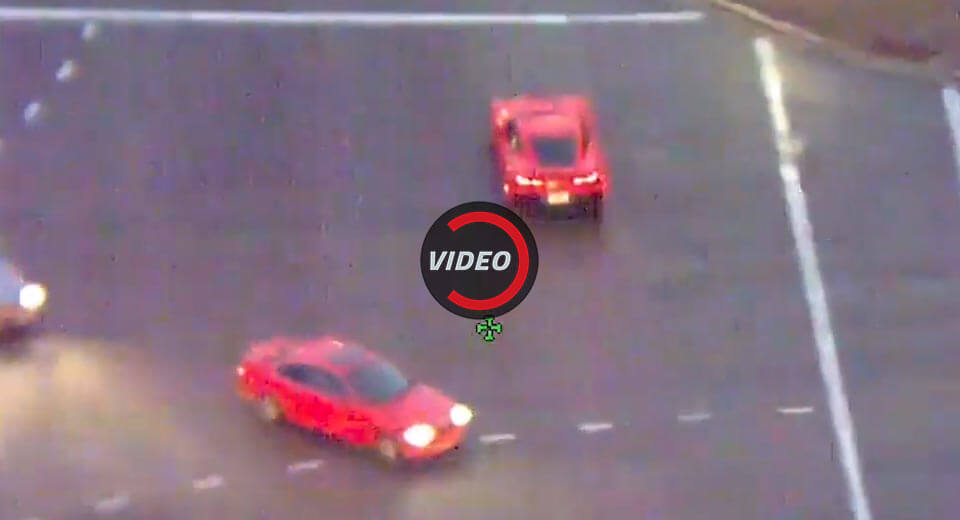 The owner of a bright red Chevrolet Corvette led Florida police on a high-speed chase through residential streets on Tuesday night.

Footage released from the Volusia County Sheriff�s Office shows the drug suspect driving recklessly and narrowly avoiding a number of collisions in their attempt to evade authorities.

During the chase, the Corvette owner repeatedly drove on the wrong side of the road, ran red lights, clipped a number of other vehicles, and mounted a curb and median strip to avoid getting caught in traffic.

Police officers in the pursuing helicopter managed to follow the driver to an apartment complex in Port Orange. However, the suspect bailed out of the car and has yet to be found by the authorities.

Police were able to retrieve a gun from the rented Corvette and hope to use receipts found in the vehicle to hunt the suspect down, WESH reports.