First Volvo XC40s Are Rolling Off The Assembly Line In Belgium 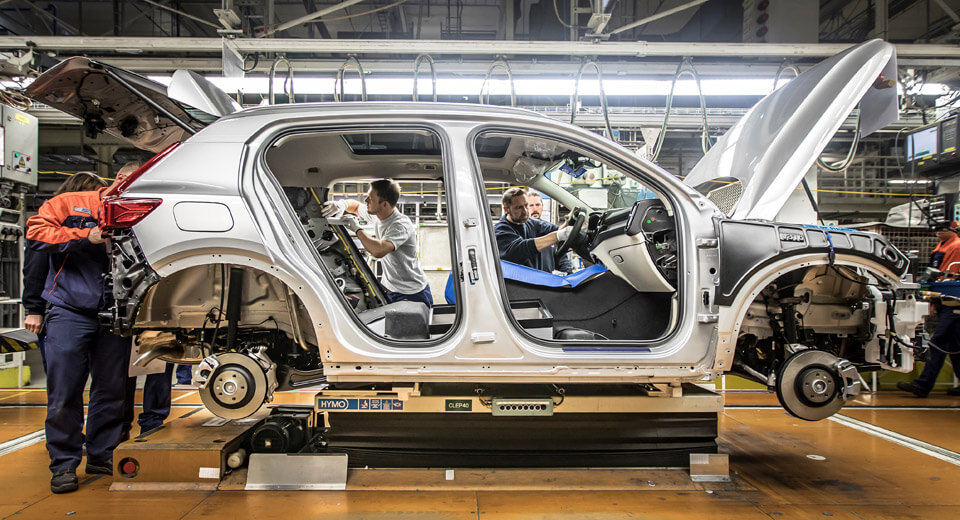 Enamored of the new Volvo XC40? Can't wait to get your hands on one? Well we have good news for you, sir or madame, because they're started rolling off the production line.

Set for its US debut at the LA Auto Show just over a week from now, the XC40 is Volvo's first small crossover, slotting in beneath the larger XC60 and XC90 and setting the stage for the new S40 sedan and V40 wagon to follow.

Volvo revealed the XC40 just a couple of months ago, and has already filled its books with over 13,000 orders. The first of those are now being fulfilled at the automaker's plant in Ghent, Belgium, set to begin delivery to their eagerly awaiting customers early next year.

The Swedish automaker has been manufacturing in Ghent since 1965. The plant is charged with producing the V40, S60, V60, and (until recently) the first-generation XC60. The rest of the company's models are built at its principal facility in the Torslanda district of Gothenburg, Sweden, or at one of two sites in China. Another plant is set to open later next year in South Carolina.