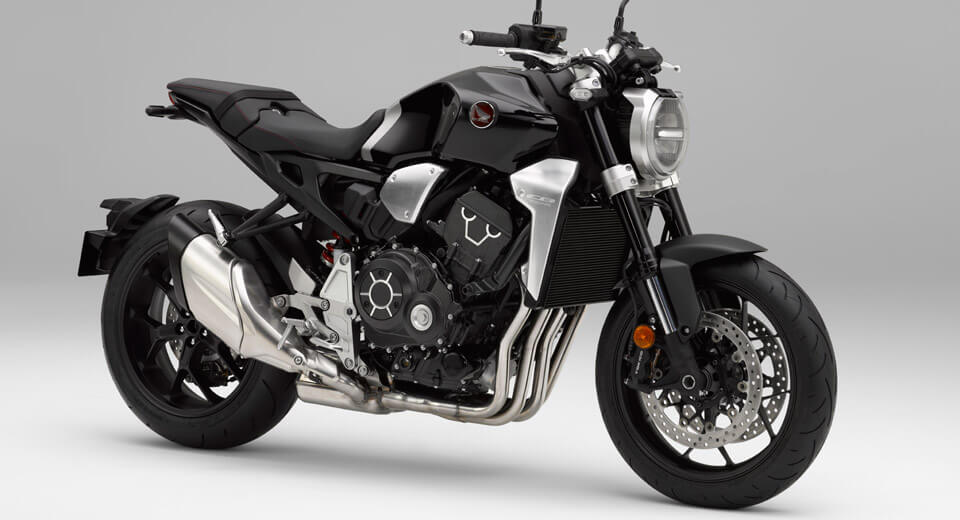 We expect motorcycles – liter bikes especially – to be fast, but we didn't expect this one to arrive quite so quickly.

Just a couple of weeks ago, as you may recall, Honda revealed the Neo Sports Café concept at the Tokyo Motor Show. Now it's already out in production guise.

Unveiled at the EICMA motorcycle show in Italy this week, the new CB1000R has been updated from a strictly retro model to one that blends more modern – even futuristic – styling touches with classic proportions.

The new CB1000R is the largest in a range of three new models that bridge the gap between naked bike and café racer, joined by the smaller CB300R and CB125R. The latter two are designed for newer riders, while the CB1000R is a "whole lot of" machine.

At its heart sits the 998cc inline four from the racier CBR1000RR, tuned to deliver 143 horsepower – 16 percent more peak power than the old-school model of the same name that it replaces, with 5-percent more mid-range torque. Combined with 26.5 pounds (20 kg) less mass to move, the new CB1000R offers a 20-percent improvement in the motorbike's crucial power-to-weight ratio.

It also features ABS brakes, clutch assist, ride by wire controls, LED lighting, LCD instrument display... the works. But what really sets the new CB1000R apart from its predecessor is the styling, decidedly bereft of plastic and rendered almost entirely in metal.