Bentley Out To Defend Title With All-New Continental GT3 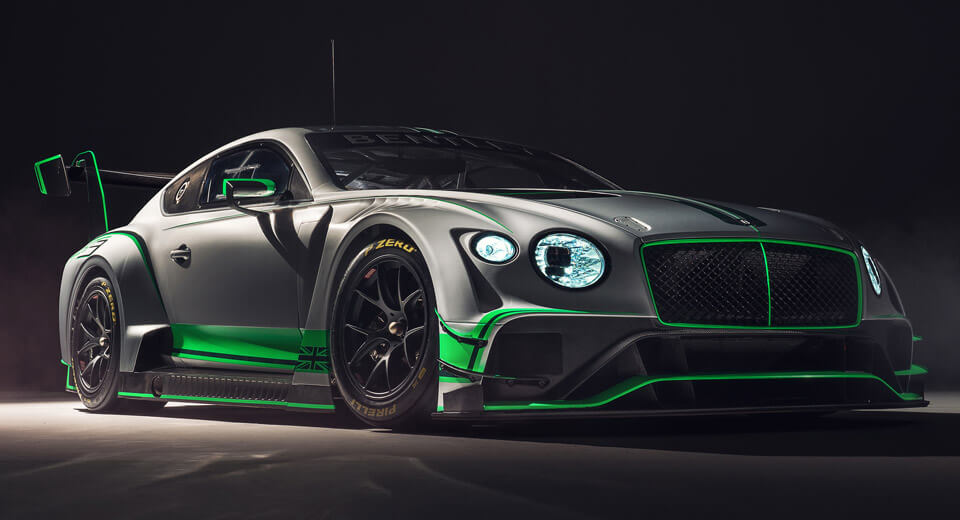 Bentley and its racing partners have done pretty well with the old Continental GT3, though now that there's a new Continental GT hitting the road, a new contender for the track will also be on its way.

Today, Bentley has revealed the first images and details of the all-new Continental GT3, and it looks properly menacing.

Steered in partnership between Bentley Motorsports and racing consultancy M-Sport (which just won the World Rally Championship), the fresh racer is based on the new Conti's aluminum-intensive structure to help trim its weight down to “significantly less than 1,300 kg” (2,866 pounds).

Add into the mix a reworked version of the existing 4.0-liter twin-turbo V8, with a new intake, exhaust, and dry-sump lubrication system. Unrestricted, Bentley says it'd be capable of producing “in excess of 550 horsepower” – a good bit more than the 521 hp in the outgoing Continental GT V8 S, and starting to nudge the heavier W12. The bodywork has been designed not only to resemble the road car, but to generate more downforce as well.

Bentley plans on entering its new racer in the Blancpain GT Series Endurance Cup to defend the title it won there this year, with its race debut set for the opening round at Monza on April 22. No word on when customer racing teams can expect to take delivery, but we wouldn't blame the crew from Crewe for wanting to work out any teething pains before taking orders.