Is This Ferrari's Upcoming 488 GTO? 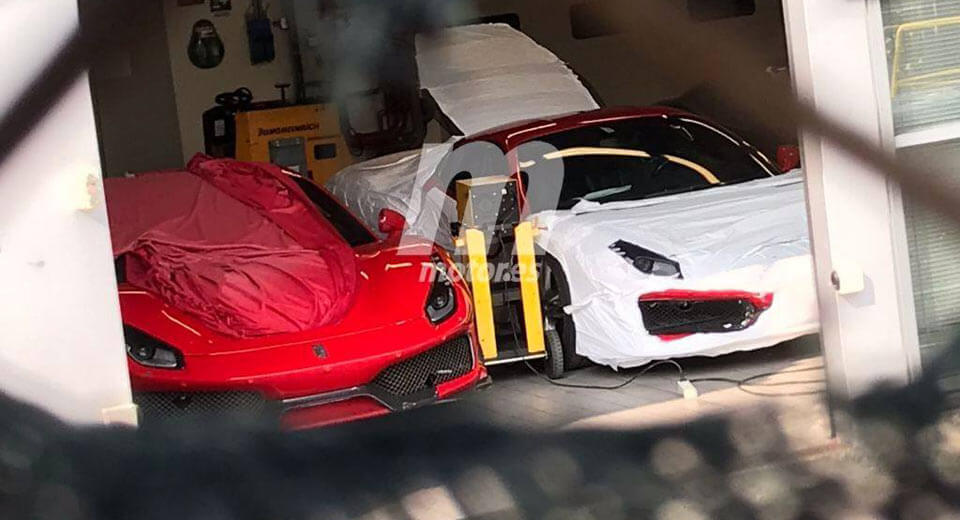 It is no secret that Ferrari is working on a hardcore variant of the 488 GTB and now an image has surfaced online that appears to show the supercar without any camouflage.

This photo, initially published by Motor.es, depicts two track-focused 488s in a garage, one of which wears white plastic over its revised body panels while the front-end of the second prototype has been left exposed.

Compared to the current 488, the mid-engine supercar has received a revised front fascia that includes a different bumper with larger air intakes and some black trim. The headlights have also been blacked-out to increase the vehicle�s aggressiveness.

According to some sources, the car will be dubbed the Ferrari 488 GTO but we�re not convinced. The �GTO� badge has only been used three times in the history of Ferrari production cars and even the Ferrari F12tdf wasn�t considered special enough to receive the honor.

Whatever it is called, we can expect the typical array of changes that are found on hardcore Ferrari models. Among these will be modifications to the twin-turbo 3.9-liter V8 to bump power to beyond 700 hp and 600 lb-ft of torque. Additionally, a number of weight saving measures will need to be employed if Ferrari wants the car to have any chance against the hypercar-beating McLaren 720S.