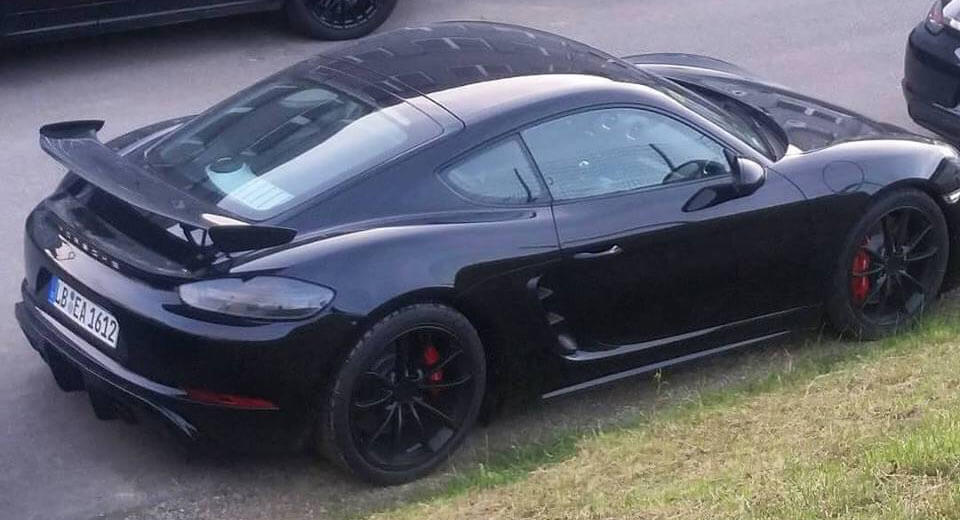 An image has just surfaced online which may show the upcoming Porsche 718 Cayman GT4.

We’ve known about Porsche testing the new model for about six months but this car, shared online by the Porsche Universe Facebook page, shows a 718 Cayman equipped with all the necessary GT4 parts and without any camouflage.

Unlike recently-spied prototypes which were based around the previous-generation Cayman, this example is clearly based on the 718, as evidenced by its taillights and rear decklid. Notable GT4 parts include the wheels, fixed rear wing and modified rear diffuser. A set of red brake calipers complete the obvious styling tweaks.

While it remains to be seen if this is a factory prototype for the 718 Cayman GT4 or simply a standard 718 Cayman which has been modified by its owner, the finished product should be very close to how the new GT4 looks.

A key matter of debate for the new GT4 surrounds its engine. The current 718 Cayman makes use of a turbocharged flat-four but our sources tell us that the GT4 will receive a detuned version of the 4.0-liter naturally-aspirated six-cylinder from the latest 911 GT3. 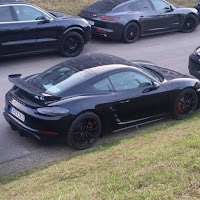