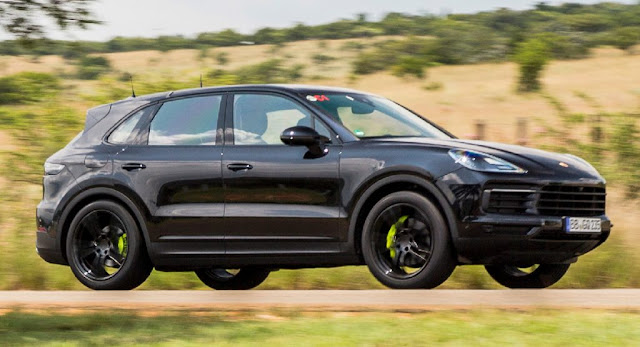 When you think of Porsche, you tend to imagine sports cars. Maybe luxury sedans and crossovers, too. But the German #automaker is actually one of the world’s leading producers of hybrids. And the next it’s preparing to roll out is the electrified version of the new Cayenne.

With the base, S, and Turbo versions of Porsche’s big crossover already introduced, the new gasoline-electric hybrids will be the next to follow. But before they do, the manufacturer has to test them – and test them extensively.

“We are on the cusp of the market launch and are bringing the vehicles up to speed in terms of functionality,” said Porsche’s SUV product-line manager Oliver Laqua. “We are testing them here once again in a customer-focussed way.”

The new Cayenne hybrids are expected to gain the same powertrain that debuted in the Panamera Turbo S E-Hybrid. In the super saloon, it churns out 671 horsepower (500 kW) and 627 lb-ft (850 Nm) of torque, which us significantly more than the 550 hp (410 kW) and 570 lb-ft (770 Nm) in the current top-of-the-line Cayenne Turbo, but it remains to be seen if the output stays the same for the Cayenne. Moreover, putting this powertrain to a crossover entails dealing with more weight, a higher center of gravity, and the possibility (however slim) that they may be taken off-road.

So Porsche has been subjecting the new Cayenne hybrids to the punishing heat of Dubai and South Africa, the freezing cold of Canada, and everything in between. You can look at what they’ve had to undergo in these latest images and video not captured by our usual spy photographers, but released by the manufacturer itself.
Tags : Hybrids, Porsche, Porsche Cayenne, Porsche Videos, Video,
Share to: