Mark Webber Auditions To Replace The American On The Grand Tour 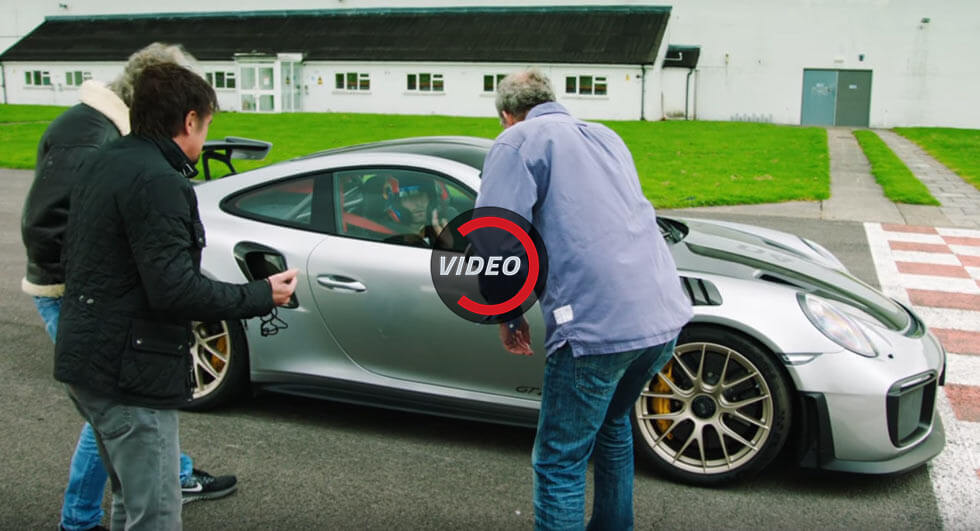 In the last teaser for the second season of The Grand Tour, the hosts fired The American who was played by former NASCAR driver Mike Skinner. The trio then discussed the need to find a replacement that meet Jeremy Clarkson's requirements that they "mustn't be fat, clumsy, or slow."

The first to show up for the auditions was former Formula One driver Mark Webber who arrived at The Grand Tour's test track in a Porsche Panamera Turbo S E-Hybrid.

While James May and Richard Hammond jokingly confuse him with Tom Hardy, Clarkson introduces Webber as "Australia's second best" driver. Webber then starts out his audition by taking the Porsche 911 GT2 RS around the track and posting an impressive lap time.

Webber, who also happens to be a Porsche ambassador, then takes a spin in a Mercedes-AMG GT R. Much to the surprise of the hosts, Webber drives at a leisurely pace as they discuss Webber's connection to Porsche.

Given the obvious conflict of interest, Hammond eventually tells Webber "We'll be in touch."

The Grand Tour returns to Amazon Prime Video on December 8th and the show has already hinted they will be making a variety of changes to appease fans. Besides cutting The American, it appears the Celebrity Brain Crash segment will also be getting the axe.