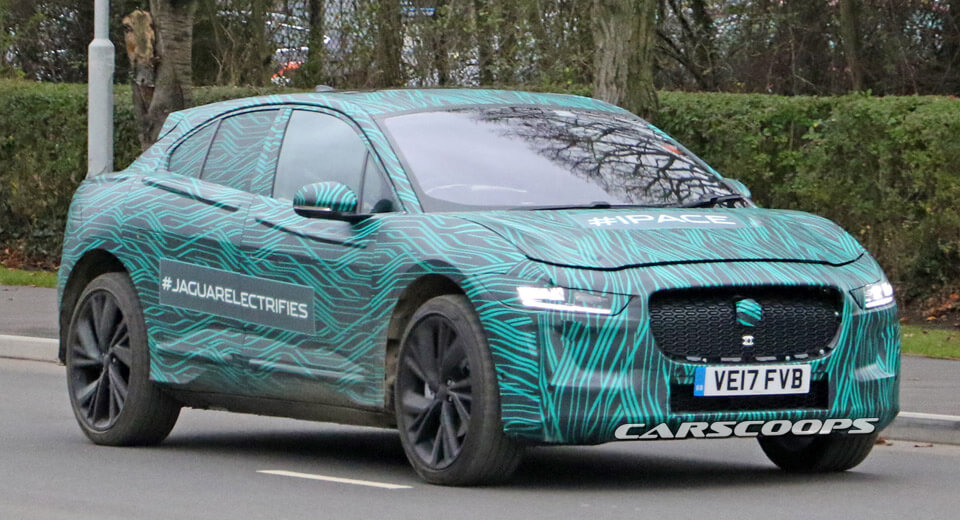 Automakers out testing new vehicles go to great lengths to keep them from prying eyes. But some lean into it, like Jaguar has with the forthcoming I-Pace.

The British automaker has been spotted by the shutterbugs at CarPix once again testing a pair of prototypes for its soon-to-be-released electric crossover, not only covered in camouflage but emblazoned with hashtags.

Jaguar first showed us the I-Pace as a concept this time last year at the 2016 LA Auto Show. Since then we've seen it repainted from silver to red at the Geneva Motor Show, converted to track spec for the eTrophy series, and out testing several times.

Just when it will debut in final production form, we don't know � but we do know most of the details. The production Jaguar I-Pace is expected to pack a 90-kWh battery pack and a pair of electric motors (one at each axle) to deliver the electric equivalent of roughly 400 horsepower, giving it a 0-60 time of around four seconds.

It's also slated to boast enough range to drive for 310 miles on the New European Driving Cycle, or 220 miles by the more conservative US EPA's standards. Either way, a 90-minute quick charge is anticipated to top it up to 80 percent capacity.