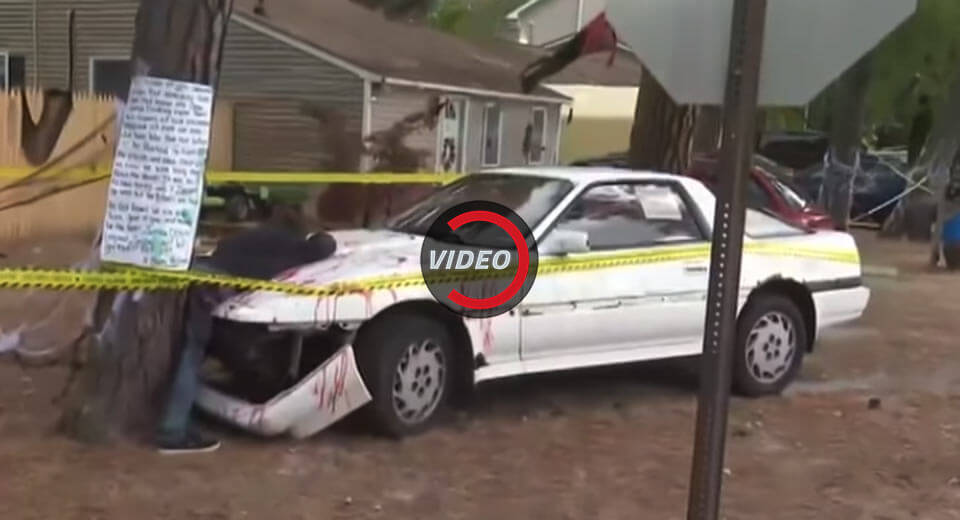 A couple in Waretown, New Jersey is being criticized by locals for staging a realistic Halloween display that depicts a third-gen Toyota Supra pinning a dead body against a tree.

CBS New York reports that local police have been inundated with calls complaining about the display, describing the scene as “too much”. Additionally, homeowner Kevin Negrotto says he and his wife have received a host of nasty messages about their ‘creation’.

It is hard to deny that the scene is remarkably life-like. Not only has the front bumper of the Supra being torn off in the staged incident, fake blood from the mannequin pinned against the tree covers the hood of the sports car. Negrotto even erected crime scene tape as part of the display.

Speaking to local media, Waretown resident Donna said she was a fan of the display.

“I think it’s awesome, I really do. I don’t know what the problem is, it’s Halloween fun,” she said.

However, local Renee Reeves isn’t so sure, saying “I think it’s too much. We have a lot of young kids here, families. Too much.”

If only the couple used a Mustang and not a Supra...