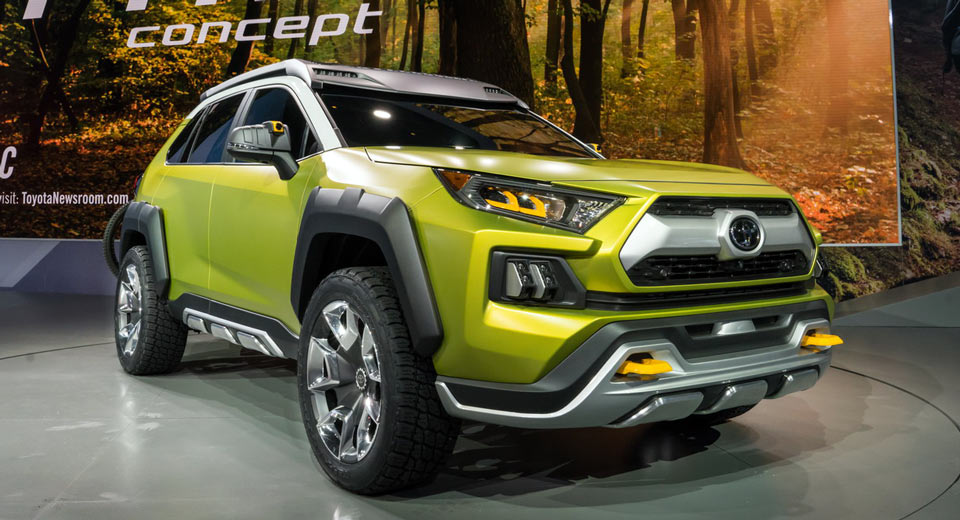 Toyota has revealed the Future Toyota Adventure Concept (FT-AC) at the LA Auto Show, a design study aiming at people looking for a proper rugged crossover.

Described as a design study for now, the new Toyota FT-AC is imagined as a gasoline-powered SUV with an advanced torque-vectoring all-wheel-drive system, and the company adding that it could switch to a next-generation hybrid system.

�FT-AC is perfect for those outdoor enthusiasts who want to dial up the adventure on their weekend getaways,� said Jack Hollis, group vice president and general manager, Toyota division. �No matter the roads, the activities, or the people, FT-AC sparks authentic fun and conversation.�

The new concept comes with chunky tires, wide fender extensions and a generous ground clearance, and if that�s not enough, a big roof rack with LED lights on it along with twin recovery hooks and skidplates both front and rear are there to showcase the off-road character of Toyota�s latest creation.

The FT-AC�s all-wheel drive system is controlled via variable terrain-response settings and by locking the torque split for maximum grip. There�s also an integrated bike rack at the rear which can be securely hidden in �only a few seconds� according to Toyota.

Toyota has been showcasing compact crossover concepts based on their latest global T-NGA platform to measure the crowd�s response; last April it revealed the FT-4X concept at the NY Auto Show while last October in Tokyo it showed the TJ Cruiser.