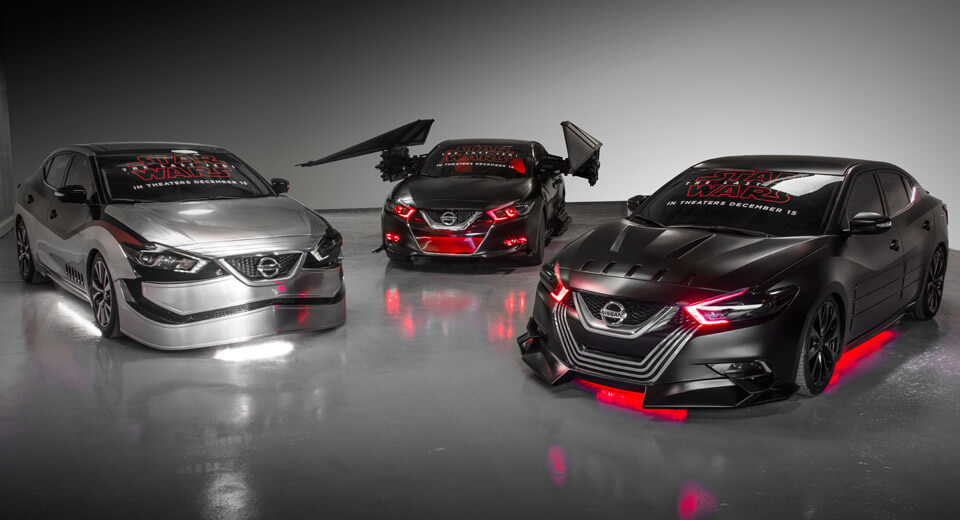 When you hear the word �rogue,� do you think of a Star Wars movie or a Nissan crossover? Well the creators of each want you to think of both, and to that end have revealed an array of concept cars at the LA Auto Show.

Made to promote the upcoming theatrical release of Star Wars: The Last Jedi, the six vehicles have been individually crafted to take on the spirit of the sci-fi franchise and its latest installment.

It's joined by three different takes on the Maxima � one channeling Kylo Ren's black and silver facemask, another emulating his TIE Silencer spacecraft with its distinctive wings, and a third made for Captain Phasma of the First Order in silver with black and red.

Given the title of the last film, it should come as no surprise that the Rogue is well represented here as well. There's one done up like Poe Dameron's X-wing starfighter � complete with a BB-8 droid popping out the roof � and a Rogue Sport taking on the design of an A-wing fighter in blue and white.

Of all the concepts on display at the LA show this year, these seem the least likely to enter production. But they will be making their rounds of the local shows once this one's done. 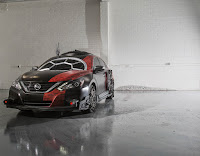 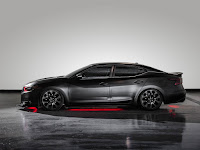