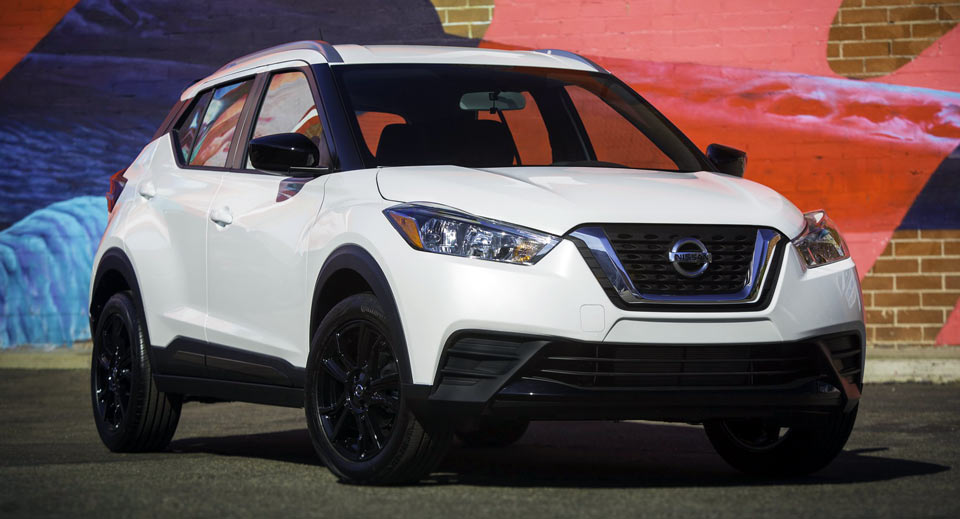 Nissan has pulled the covers off the 2018 Kicks, the company�s new subcompact SUV which first made its appearance in Latin America last year.

The new Nissan Kicks replaces the Juke in one of the fastest-growing segments in the market, becoming along the way the sixth member of the company�s growing SUV family.

Gone is the divisive styling then, with Nissan opting for a more acceptable design, mixing elements from models like the Rogue and the Micra supermini that�s available in other markets.

All models will be powered by a 1.6-liter four-cylinder petrol unit, rated at 125hp and 115lb-ft of torque. Paired to it will be the company�s proven Xtronic CVT transmission, with Nissan expecting a combined fuel economy rating of 33mpg. No all-wheel drive though, as all versions will drive their front wheels exclusively.

Customers will be given the option of seven exterior colors, along with five two-tone combinations. Two-tone combos include a black roof and contrasting body colors (white, orange or red), an orange roof with a gray body or a white roof with a blue body.

The cabin promises to offer �ample passenger space in the rear� as well as one of the largest load areas in its class. A 7.0-inch infotainment system with Apple CarPlay and Android Auto, Nissan�s Intelligent Around View Monitor as well as an optional Bose premium sound system are also present.

All Kicks models will also come with Automatic Emergency Braking as standard, while the SV and SR trim levels will add Blind Spot Monitoring and Rear Cross Traffic Alert.

"Pricing for the 2018 Nissan Kicks will be announced closer to its on-sale date in spring 2018, but we are expecting to be among the most competitive in the segment," said Mohnke. "Kicks' unique combination of expressive design, excellent fuel economy, intelligent technology and advanced safety features adds up to one thing � exceptional value."