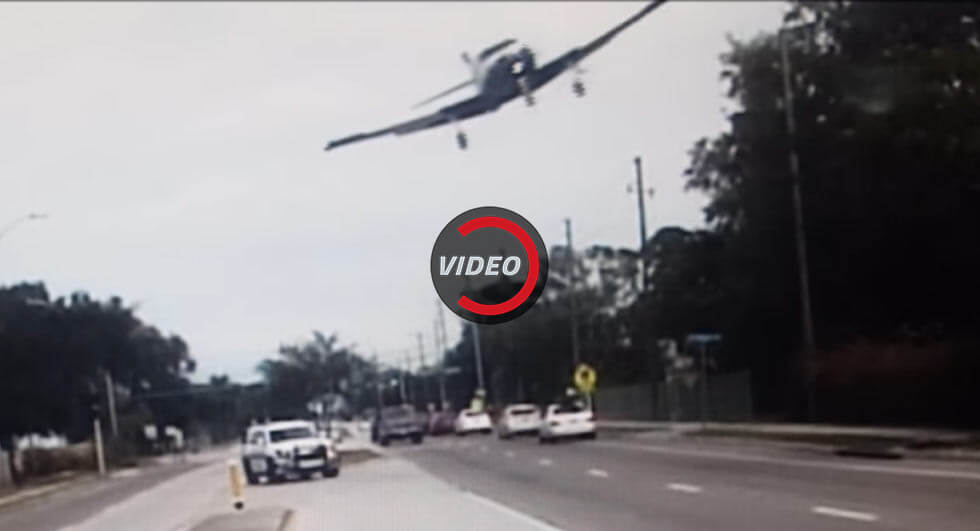 A deputy from the Pinellas County Sheriff's Office came incredibly close to being involved in a plane crash on Sunday as the officer was on North Keene Road when a single engine aircraft used the roadway to make an emergency landing.

According to the Sheriff's Office, two deputies were in the area for unrelated service call when an airplane flew directly over them and crashed into the ground at approximately 10:23 a.m. Following the close call, the deputies raced to the scene and discovered both the pilot and his passenger were uninjured.

The pilot, Marc Benedict, told deputies he was returning to the Clearwater Airpark after refueling at the Zephyrhills Municipal Airport earlier in the day. As Benedict was flying over Clearwater, Florida he said the plane started to experience engine problems and didn't believe he would be able to make it to the airport.

Benedict started looking for a safe place to land and that's when he noticed the two police vehicles on North Keene Road. After waiting for an opening, Benedict brought the plane in for landing but it clipped a tree which caused to plane to spin and crash.