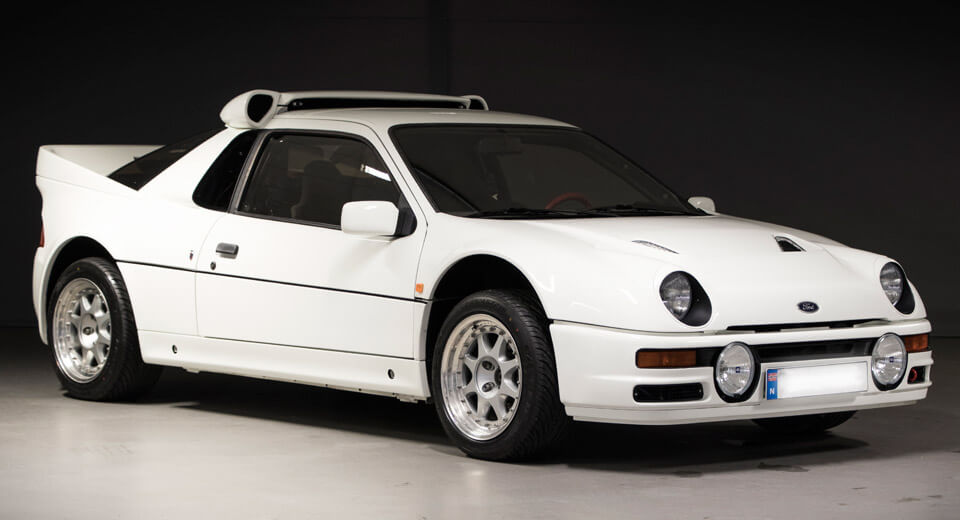 Automakers far and wide use the letters RS to connote some of their most hardcore performance models. Ranking high among them is Ford, which applies them today to the Focus RS. But that's not the one we want; this is.

One of just 24 made, this nimble little mid-engined rally car packs a 2.1-liter turbo four sending over 600 horsepower to all four wheels � significantly more than the 500 featured in other rally-raiding examples, or the 250 in the road-going version.

With composite bodywork styled by Carrozzeria Ghia and built by Aston Martin's Tickford division, the RS200 Evolution was capable of rocketing to 60 mph (96 km/h) in three seconds flat, setting a Guinness-certified world record that stood for 12 years.

Chassis number 00105 is headed for auction at Bond Street in London on December 2, where it's anticipated to sell for upwards of �200k. You can check it out in these images provided courtesy of Bonhams, and while you're doing that, we'll be digging through our sofa cushions for spare change to scrounge together an opening bid.