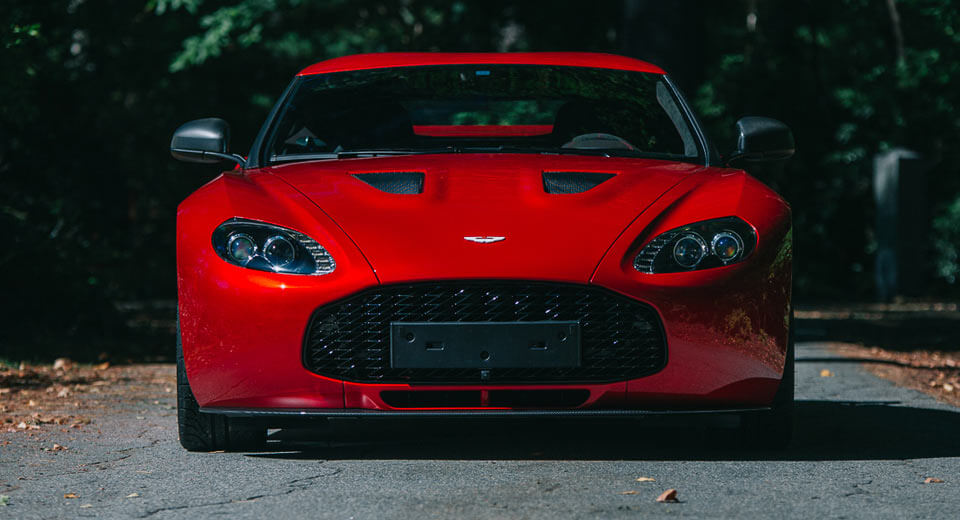 In 2013, Aston Martin introduced the V12 Vantage Zagato as a way to celebrate its 50th anniversary with the famed design house.

Thanks to its bespoke bodywork, the Vantage Zagato is one of the most beautiful vehicles to ever leave Aston’s factory. Now, one has appeared for sale in Massachusetts with a $995,000 asking price.

When Aston commenced production of the model, it intended on building 150 examples. However, production reportedly stopped after just 61 production cars were produced, making the car rarer than the desirable One-77.

Alongside its Fiamma Red exterior, this example is bathed in Bitter Chocolate-colored leather and alcantara in the cabin, and has been driven just 253 miles from new. Additionally, it includes a number of special features from Q by Aston Martin, including Bitter Chocolate seat belts, alcantara steering wheel, and a fire extinguisher.

Given its limited availability, stunning design and potent performance, it seems inevitable that V12 Vantage Zagato prices will continue to rise, making this car a worthwhile investment for collectors.