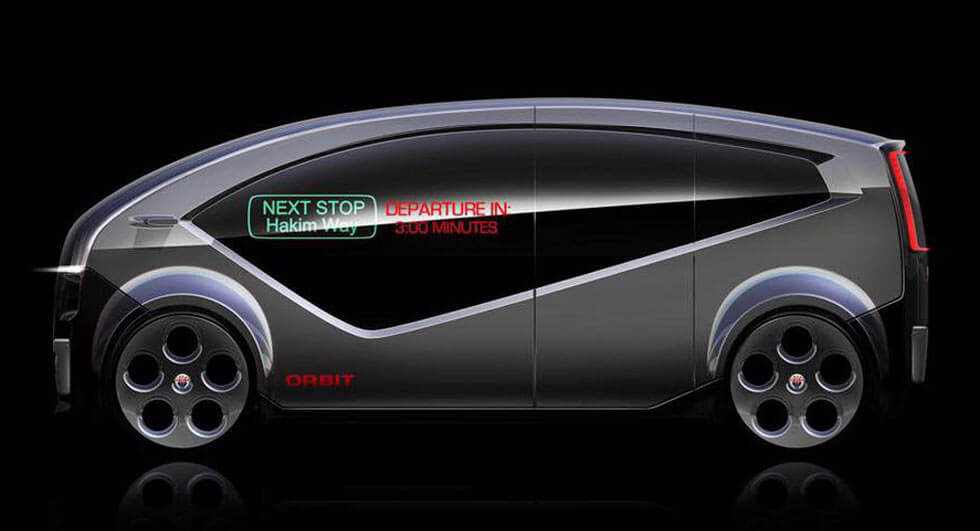 Created as part of an alliance with China's Hakim Unique Group, the Orbit has been designed to become the "world�s most appealing autonomous shuttle for smart cities."

The companies were coy on specifics but confirmed the Orbit is a fully autonomous electric vehicle and the first deliveries are slated to occur by the end of 2018. As part of the agreement between the two companies, Fisker Inc. will be responsible for designing and developing the vehicle while the Hakim Unique Group will handle its marketing and operations in Asia.

In a statement, Henrik Fisker said "The combination of our breakthrough automotive technology, design prowess and unique vantage point as industry revolutionaries � and Jack�s [Hakim Unique Group chairman Jack Wong] truly integrated vision of smart cities � is powerful. I am very excited about making the impossible, possible with intelligent urban ecosystems � starting with the development of one of the world�s most forward-thinking and uniquely designed electric, autonomous shuttles: The Fisker Orbit.�

Autocar reports the Orbit will be launched in Hangzhou, China and will have an interior that reportedly resembles a hotel lobby. Fisker has already received �interest from various corporate campuses" so it's possible that the model will expand far beyond China in the future.