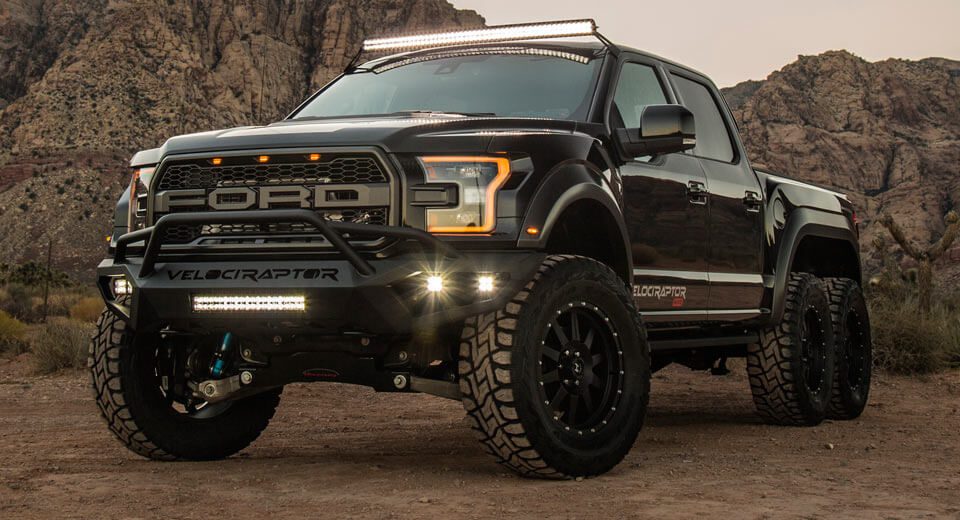 Production of the almighty Hennessey VelociRaptor 6x6 has just commenced with confirmation that the behemoth will set customers back a minimum of $349,000.

The Texas tuner has been working on the six-wheeled F-150 Raptor for well over a year now and alongside an additional axle, the vehicle’s twin-turbo 3.5-liter V6 has been fettled to deliver 602 hp and 622 lb-ft of torque. These gains have been achieved through modified turbo wastegates, a new intake, intercooler, exhaust, and a retuned ECU. The result? A 0-60 mph (96 km/h) sprint of just 4.9 seconds.

To ensure that the VelociRaptor 6x6 is as capable as it looks off-road, Hennessey has ensured that all three axles can be locked, while also upgrading the suspension and installing 20-inch wheels with off-road tires. Due to a lack of portal axles like the $1 million Mercedes G63 AMG 6x6, the VelociRaptor doesn’t have mind-blowing ground clearance but even still, it should be able to tackle some pretty intense terrain.

Beyond the aforementioned upgrades, Hennessey has also fitted a bull bar, LED light bar on the roof, and new bumpers. For an additional $22,000, customers will also be able to opt for a Brembo brake package with six-piston calipers.

Just 50 examples are scheduled for production with each taking at least 11 months to build.