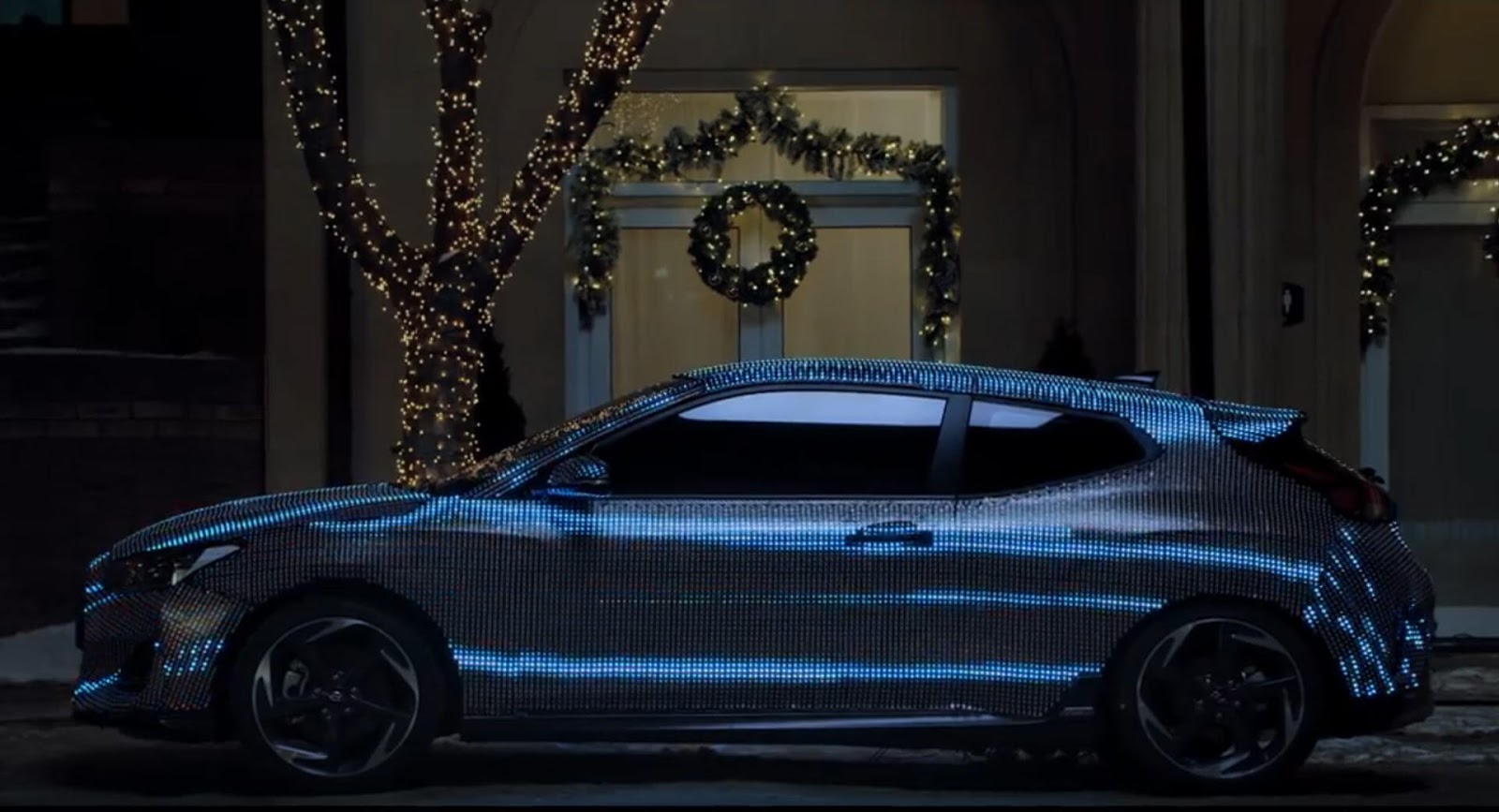 Spy photographers recently caught the 2019 Hyundai Veloster undisguised but that hasn't stopped the company from releasing a new teaser video for the redesigned hatchback.

In the Christmas-themed clip, we can see the all-new Veloster will have an evolutionary design with a rakish windscreen, muscular wheel arches, and a long sloping roof which meets a tailgate-mounted spoiler. The undisguised photos also revealed the model will have a more prominent grille, a center-mounted dual exhaust system, and a sporty rear diffuser.

Hyundai has been relatively tight-lipped about the model but the company has already confirmed the Veloster will be unveiled at the North American International Auto Show and offered with two turbocharged engines that have displacements of 1.4- and 1.6-liters. A six-speed manual transmission will be offered with the latter engine while both can be equipped with a seven-speed dual-clutch gearbox. Hyundai also has plans for a high-performance Veloster N and it should have at least 246 hp (183 kW).

In South Korea, the model will be offered with an assortment of high-tech features including a heads-up display, adaptive cruise control, and a collision warning system. The car will also offer high beam assist and a lane departure warning system.