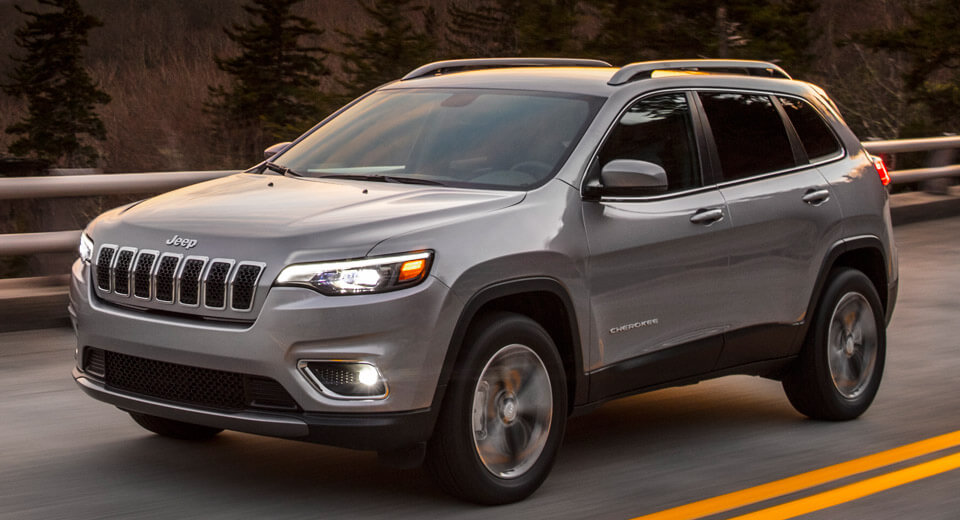 Fiat Chrysler Automobiles has announced it will unveil a refreshed take on the Jeep Cherokee at the 2018 Detroit Auto Show next month.

The automaker isn't giving us much in the way of details to go on. But along with these four images, it has confirmed that the 2019 Cherokee will encompass a more athletic yet upscale design and more efficient powertrain options.

Jeep introduced the current KL-generation Cherokee in 2013 as a 2014 model with a far more crossover-like form than the rugged versions that preceded it under the same nameplate. That may have left it out of favor with the most hardcore off-roading enthusiasts, but has resulted in sales figures roughly double those of the more trucklike Liberty it replaced.

From 2014 (when production came fully online) to 2016 (the last full year of sales), Jeep sold an average of 200,000 Cherokees in the United States each year. Over the course of its lifetime from 2001 through 2013, it sold an annual average of under 100,000 Liberty models (which was sold in some markets overseas as the Cherokee).

The manufacturer revealed an earlier round of updates for 2018 just a few months ago. It promises more information and photos upon the 2019 model's reveal in Detroit on January 16, so watch this space.