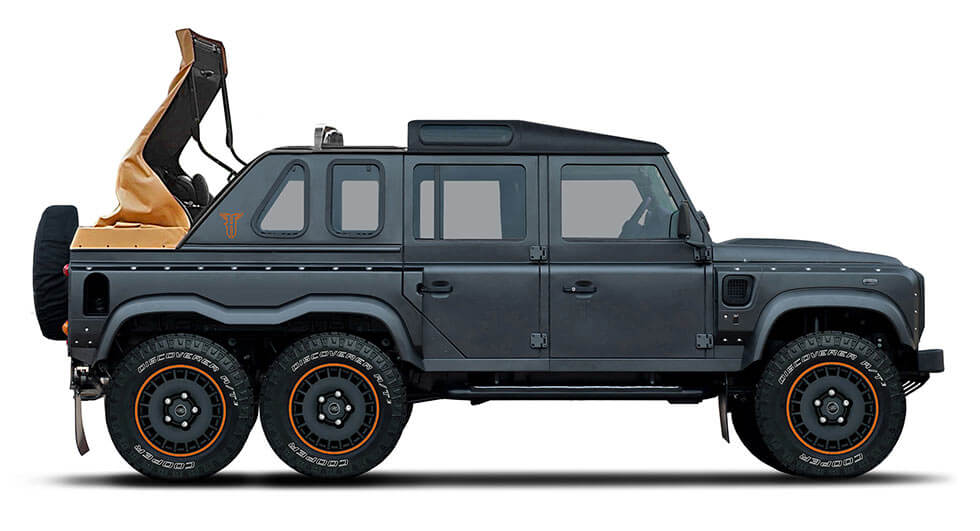 The Mercedes-Maybach G650 Landaulet was one of the more insane convertibles to be introduced recently and Kahn Design is trying to top it by announcing plans for a new Flying Huntsman 6x6 Soft Top.

Designed to bring an "element of adventure, engineering and romanticism to the most seasoned of Defender owners and enthusiasts," the Flying Huntsman 6x6 Soft Top is based on the Land Rover Defender 110 and features six wheels like the Mercedes G63 AMG 6x6.

The company is keeping tip-lipped on details but the image suggests the model will have a fixed roof over the main passenger compartment. The rear-seat occupants, on the other hand, can enjoy an open air experience thanks to a retractable soft top.

Other notable styling features include front fender vents, side steps, and large wheels with off-road tires. The model also has a wide body kit and custom bodywork behind the rear doors.

Additional information will be announced in the coming months but the model could be equipped with a GM-sourced 6.2-liter LS3 V8 engine that develops around 430 hp (320 kW).