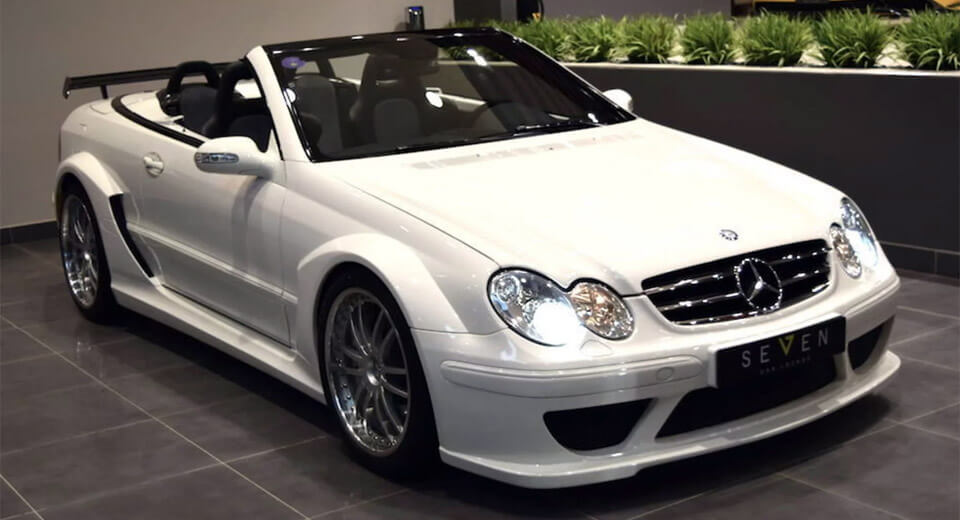 Think the Black Series represented the most hardcore versions of standard-production Mercedes road cars? Think again and feast your eyes on the CLK DTM AMG.

Basically a road-going version of the racer Mercedes fielded in Germany's highly competitive touring car series, the CLK DTM was the most hardcore and exclusive version this side of the CLK GTR, a homologation special which shared little more with the road-going CLK than its name and a distorted family resemblance.

Just try these specs on for size. The CLK63 AMG Black Series employed a 6.2-liter V8 to produce 500 horsepower. The C63 AMG Black Series Coupe that followed did a little better with the same engine kicking out 510 hp. The Mercedes-AMG C63 S that basically takes their place today uses the newer 4.0-liter twin-turbo V8 to produce 503 hp. But the DTM edition used a 5.4-liter supercharged V8 to kick out no less than 582 hp.

There happens to be one for sale in Saudi Arabia right now at the Seven Car Lounge in Riyadh. The dealer, tellingly, hasn't publicized the asking price. But for what it's worth, the last one we saw come up for sale crossed the auction block in London just this past September. RM Sotheby's estimated its value at about £300k, or roughly $400k at current exchange rates, but failed to meet its lofty reserve price.