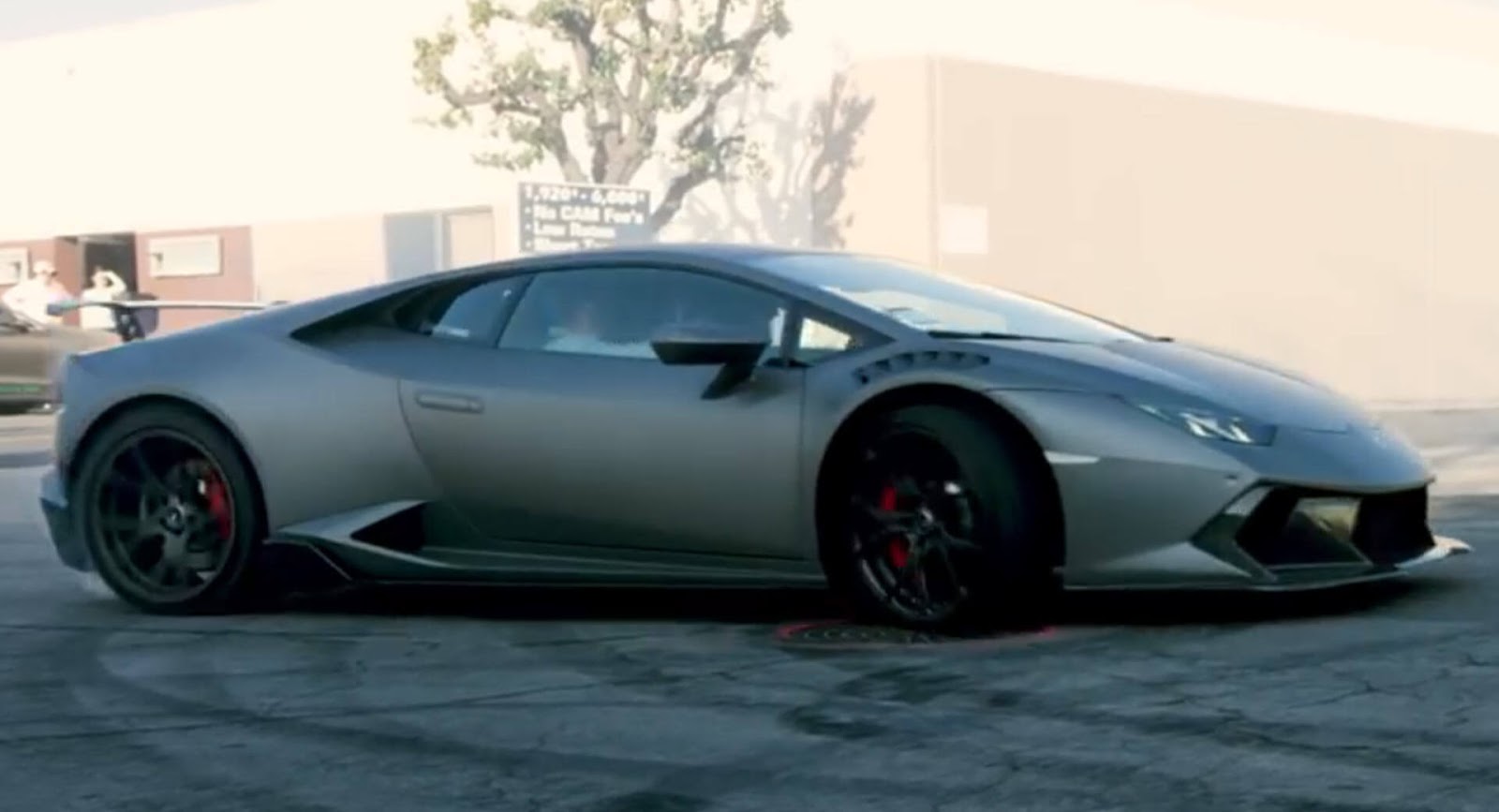 While that's nothing to sneeze at, Nitto Tire and professional stunt driver Samuel Hubinette teamed up to create a drag racing variant which features a Magnuson TVS2300 supercharger.

The car was modified by VF Engineering and in its standard configuration the model produced 492.37 WHP. After installing the supercharger and an assortment of other components, the car developed 685.76 WHP which is an increase of 193.39 WHP.

Of course, something this powerful begs to be raced and that's exactly what Hubinette does. While you'd expect the model to race a traditional supercar, Hubinette pits it against an Unlimited Class Ultra4 off-road racer driven by Jason Blanton.

The model has approximately 900 hp (671 kW) which is enough to give it a commanding head start. However, the Lamborghini eventually catches up and manages to beat the off-roader racer across the finish line by 0.3 seconds.