Look What Novitec Did To The Tesla Model S 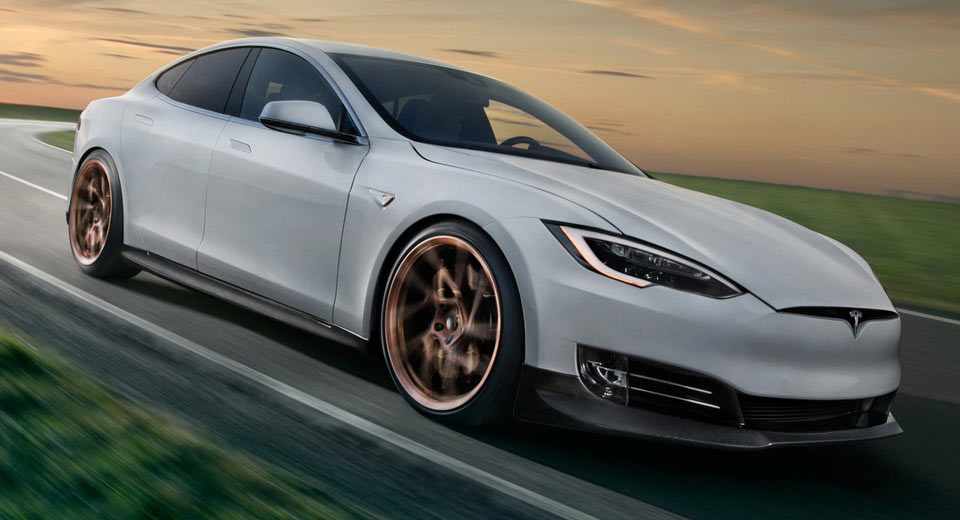 Novitec has released a new range of personalization and tuning parts for the Tesla Model S, following the positive response to their Model X customization range.

Starting with the exterior, Novitec has created a body kit for the post-2016 facelift version of the electric sedan, made out of naked carbon fiber. The kit includes a front spoiler lip, rocker panels, a rear spoiler lip and a diffuser, with the company claiming that the parts are also aerodynamically optimised.

Novitec’s 21-inch NV2 forged wheels were custom designed for the Tesla Model S in cooperation with Vossen, featuring five slanted double spokes that are “always in an
aerodynamically optimal position relative to the airflow”. Novitec offers them in 72 different color variants and in brushed or polished finish.

Finally, owners can opt for the Novitec carbon-ceramic high-performance brakes which are available in two versions; the first one comes with 380x34mm vented discs and six-piston front calipers while the second one adds a pair of 360x28mm discs for the rear axle, along with four-piston calipers.

As ever, customers who wish to further customize their Tesla can spec the interior choosing from Novitec’s wide range of high-end leathers or Alcantara, with tons of options offered regarding the layout or the stitching as well.