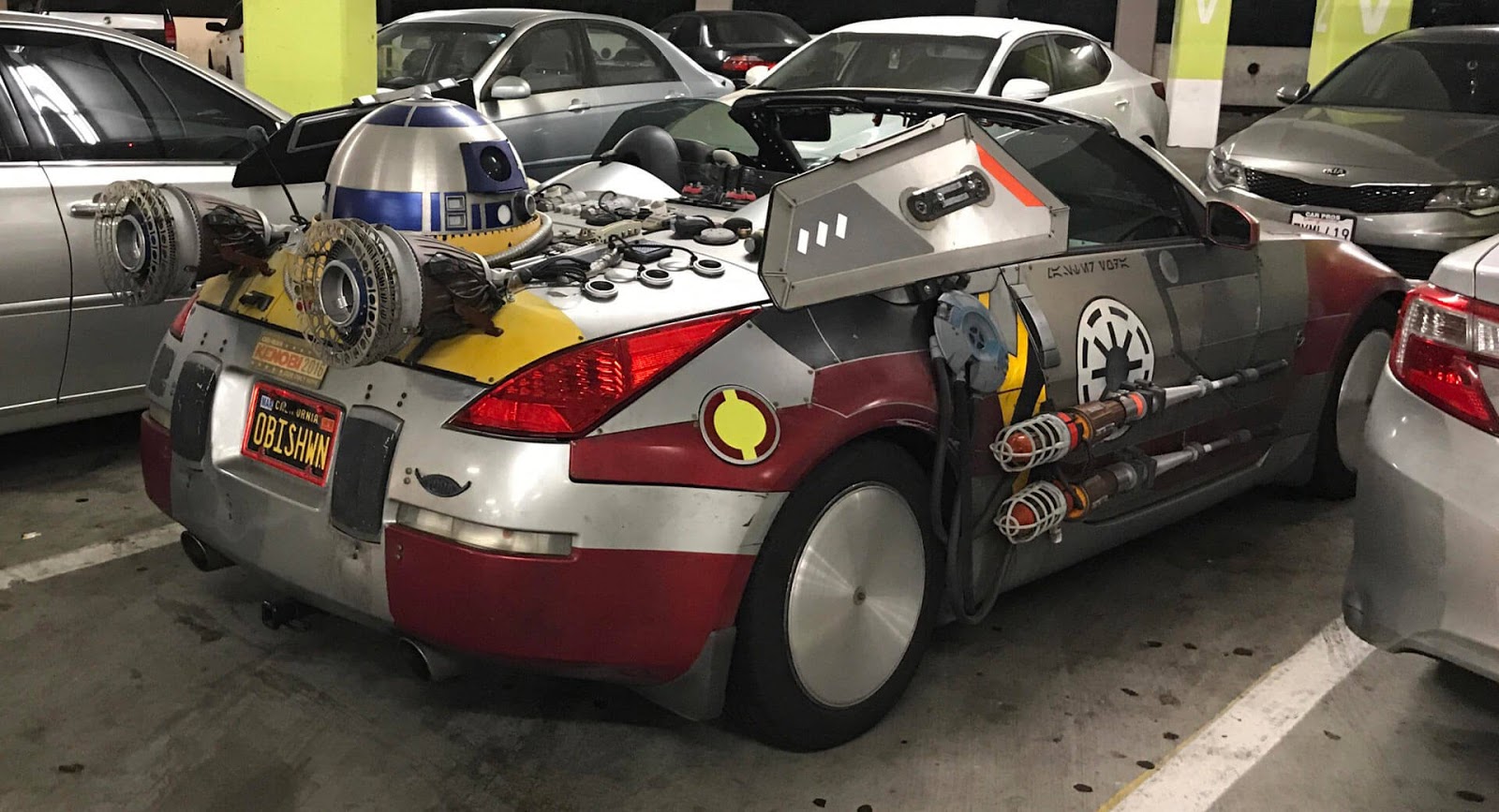 Star Wars mania is currently sweeping the world following the release of The Last Jedi.

At the recent LA Auto Show, Nissan unveiled no less than seven unique Star Wars-inspired concept cars, with mixed results. Perhaps eager to get in on the action, the owner of this Nissan 350Z has decided to get in the Star Wars spirit in the most over-the-top way imaginable.

The car was recently spotted by a Redditor in a parking garage and actually puts Nissan’s official Star Wars concept cars to shame. In fact, it actually looks worthy of a starring role in the franchise’s next film.

On the 350Z decklid is the head of R2-D2 alongside a pair of fake thrusters. Additionally, the sports car’s wheels have been covered by aerodynamic covers and a silver, red, grey, and black paint scheme fitting of a Star Wars spaceship.

With Christmas just around the corner, many vehicle owners are choosing to celebrate by attaching all sorts of weird and wacky decorations to their cars. To this 350Z owner, however, Star Wars is life. 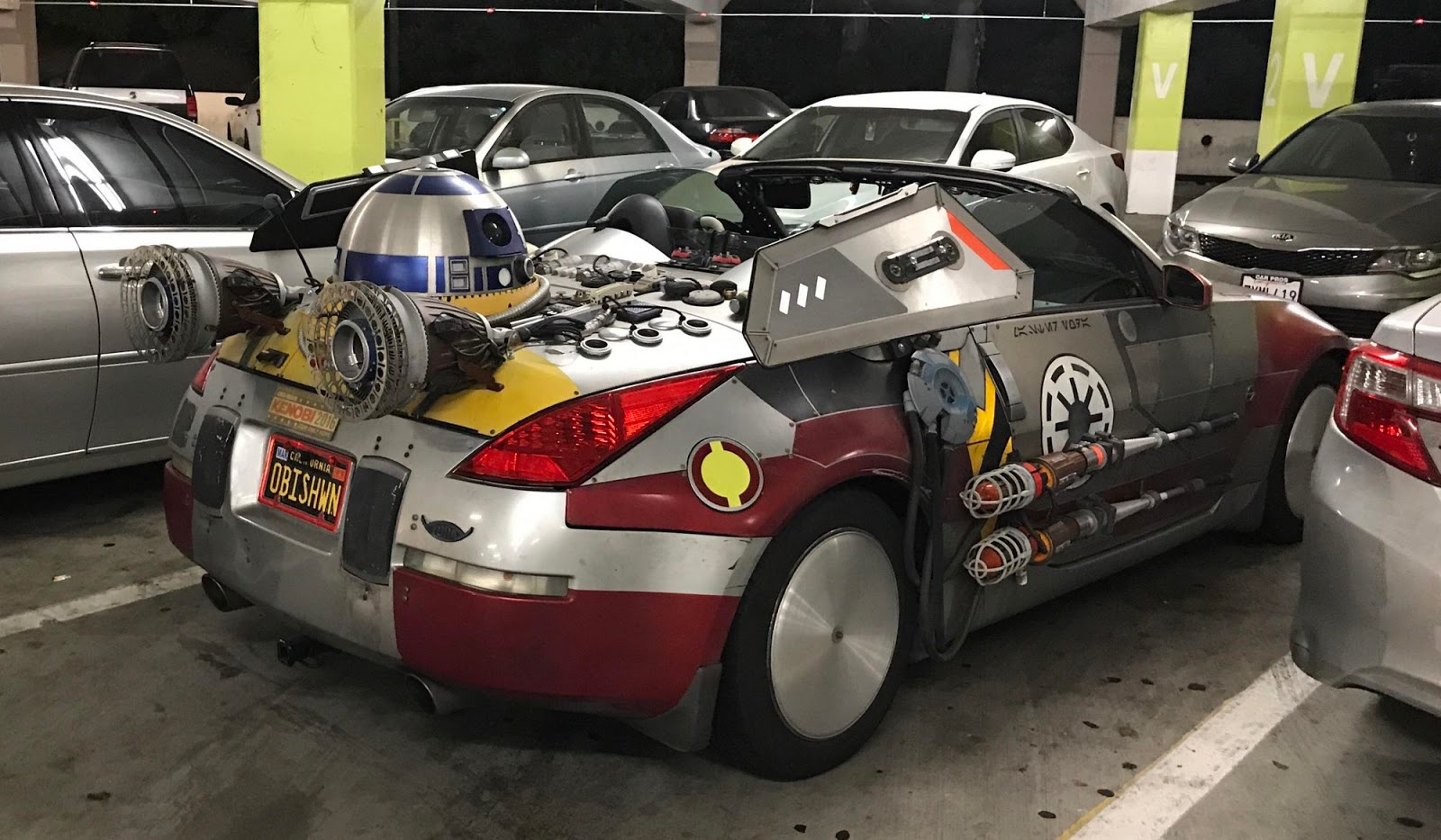