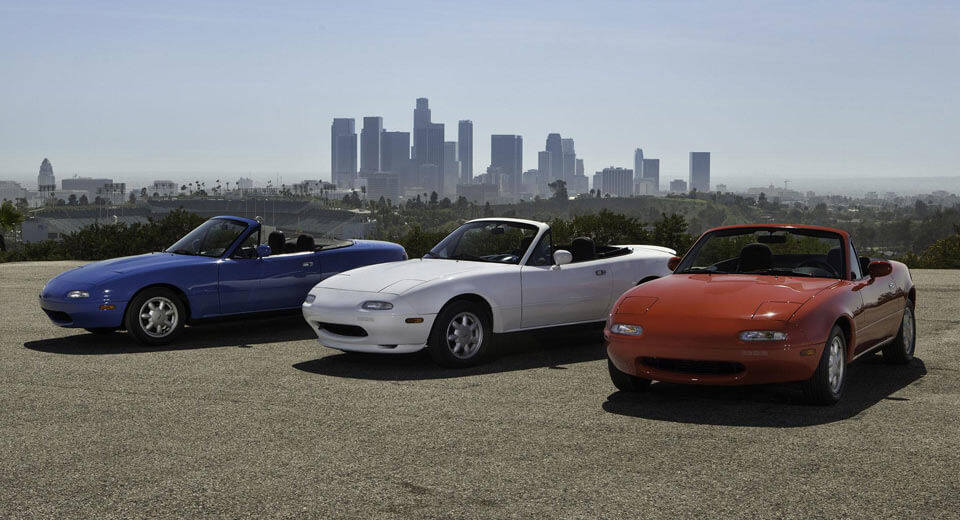 Mazda will show off the fruits of its labor at January’s Tokyo Auto Salon by premiering three original-generation MX-5 Miatas which have been restored through the recently-established NA Roadster Restore program.

The three Miatas bound for Tokyo come painted in red, white, and blue and will reveal to MX-5 enthusiasts how the automaker can breathe new life into the timeless sports car. Mazda says it will start accepting commissions from Miata owners on December 13 for restoration projects.

Beyond offering its own restoration services, the NA Roadster Restore program has put numerous parts from the NA-generation Miata back into production, namely the fabric roof, Bridgestone tires, Nardi steering wheel, and shift knob of the car.

To ensure the highest quality restoration service possible, Mazda has received certification from the Japanese division of German standards organization TÜV Rheinland on every aspect of the restoration.