Toyota's Staying In LMP1 For At Least Another Year 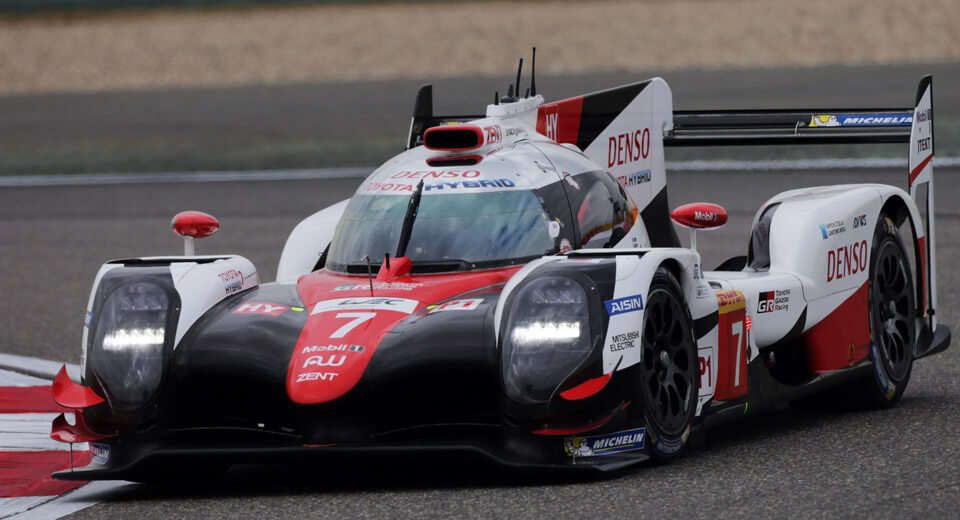 The biggest question mark hanging over the future of endurance racing has been answered as Toyota has confirmed it'll continue racing for at least another season.

With Porsche, Audi, Nissan, and Peugeot all having packed up and left in recent years, Toyota's announcement leaves it as the last major manufacturers competing in the hybrid LMP1 class at Le Mans and the broader FIA World Endurance Championship of which it is part.

Toyota won the championship in 2014, but has yet to succeed at Le Mans. The team was leading the race this year but failed to maintain its lead to the finish line, handing Porsche the win for the third (and final) year running.

“Since 2012, we have taken up the challenge of the FIA World Endurance Championship, including the Le Mans 24 Hours, with race cars equipped with hybrid technologies,” said Toyota president Akio Toyoda. “The ever-better cars that Toyota pursues are honed and created via the extreme environment of motorsport. That is exactly why we will persistently engage in motorsport, without being swayed by the good and bad of economic times.”

Toyoda also hinted strongly at the prospect of a production sports car to be derived from its TS050 Hybrid endurance racing prototype. “This year, I went to Le Mans for the first time and heard people cheering for Toyota. I also heard many people saying that they would like to see Toyota come out with a hybrid sports car like our cars in the race,” noted the chief executive. “I, too, would like us to produce just such a car, and I think it would be one that would help make cars fun for the next 100 years.”

The automaker is set to reveal the Toyota Gazoo Super Sport Concept at the 2018 Tokyo Auto Salon next month, with teasers showing more than a hint of Le Mans prototype inspiration.