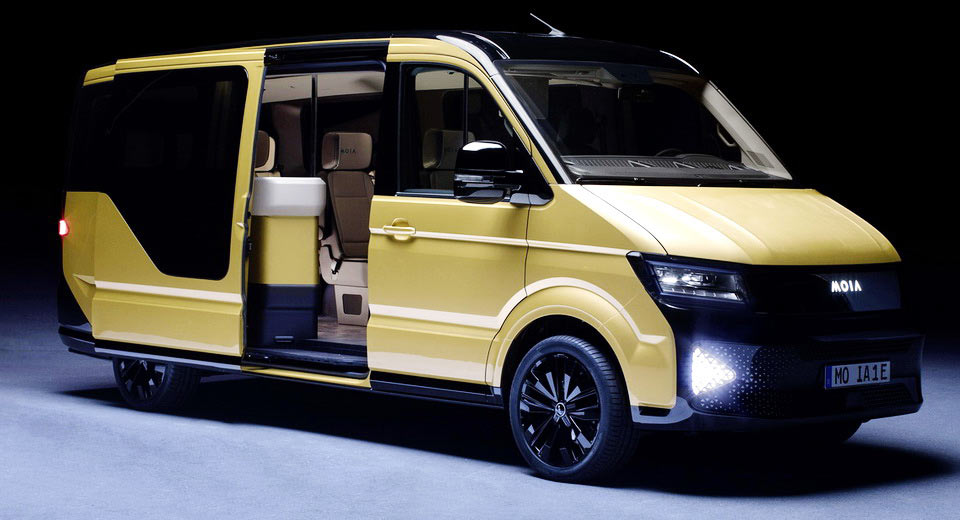 The new concept was presented at the 2017 TechCrunch in Berlin just one year after its inception, featuring standalone seats with plenty of legroom and things like dimmable reading lights, USB ports and of course WiFi for the passengers.

Luggage can be stored next to the driver while the automated door and optimized handlebar make getting in and out of the car easier. No technical details were revealed, apart from a driving range of 300km (186 miles) and the ability to recharge up to 80 percent of its battery in 30 minutes.

“The car represents total comfort and is a crucial piece of our consistent service experience. We developed it using our co-creation process, which involved multiple rounds of potential users of various age groups testing cars and providing feedback. Many of the ideas from this process went directly into the development of the car. We're also working on other future versions as well,” says Robert Henrich, MOIA COO.

MOIA’s entire “ecosystem” is scheduled to launch in Hamburg, Germany at the end of 2018, including the new electric minibus. The goal is to replace 1 million cars on European and U.S. cities by 2025. The first fleet of vehicles in Hamburg will start out with 200 cars and scale up to 1,000 in the coming years.

“In 2018, we'll be ready to launch our ride pooling concept internationally and take the first steps toward our goal of reducing the number of cars in major cities by one million in Europe and the USA by 2025,” says Ole Harms, MOIA CEO.

The new ride-pooling service will work through a mobile application, similar to what other services are doing –including Uber. The app will tell you which cars are available and how much the ride will cost before you book a trip. MOIA will group passengers with similar destinations together through a special algorithm, in order to increase the capacity of each car and avoid detours.