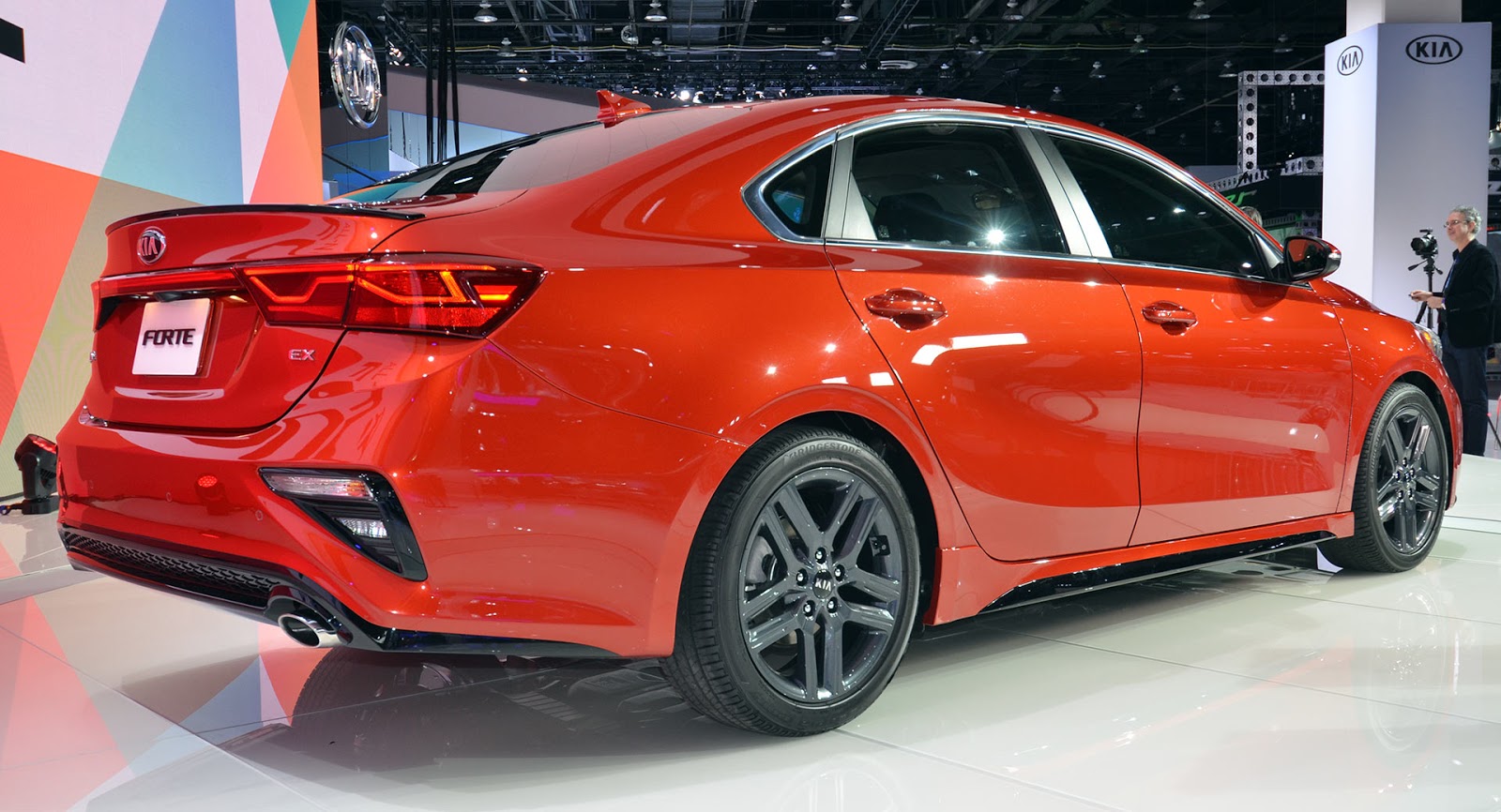 The automaker recently launched a series of renderings that previewed the 2019 Forte, although while the new car does slightly resemble the Stinger, it doesn't quite look as dynamic as it did in those images.

Still, the all-new Kia Forte is said to offer higher levels of comfort than its predecessor, with visual enhancements inside and out, as well as improved fuel efficiency and modern advanced driver assistance technologies.

"The compact sedan segment is highly competitive, but with all the improvements the new Forte brings to market for the 2019 model year, it is more than prepared to take on the toughest the segment has to offer," said Kia U.S. VP, Orth Hedrick. "As one of our top-selling models, the all-new Forte follows some large footsteps, but enhancements in styling, packaging and content make it even more attractive to drivers seeking a compact sedan that can accommodate their versatile lifestyle."

On the styling department, you'll notice that the 2019 Forte features a long hood and short deck, resulting in a Fastback-like shape, similar to the Stinger. Kia also moved the cowl point back by 5 inches, creating a more dynamic stance for the new model. The headlights don't actually resemble those found on the Stinger, while the LED taillights kind of look like those on the Sportage crossover - thanks to their overall shape and the horizontal trim piece.

Inside, the Stinger-inspired dashboard features circular vents, an 8" color touchscreen, soft-touch points and a horizontal theme with clear lines and minimal buttons. The new Forte comes standard with Apple CarPlay and Android Auto, and can also read your SMS text messages aloud through Bluetooth. Another useful feature is the available wireless charging tray, compatible with certain Android devices as well as the Apple iPhone 8 and iPhone X.

What Kia calls a "surprising feature in this segment" is the new Forte's 320-watt Harman Kardon premium sound system, with its unique speaker hole pattern on the door panels and throughout the cabin. As for active safety tech, in addition to Blind-Spot Collision Warning and Lane Keeping Assist, the all-new Forte comes with Forward Collision-Avoidance Assist and Smart Cruise Control.

Power comes from a second-generation 2.0-liter four-cylinder engine, boasting Atkinson Cycle technology and a cooled EGR system, both designed to boost fuel efficiency. The new unit can be paired to either a 6-speed manual or Kia's new Intelligent Variable Transmission (IVT). While power and torque remains the same as on the 2018 Forte, meaning 147 HP and 132 lb-ft, the new model is estimated to return up to 35 MPG (6.7 l/100km) combined, a 3 MPG improvement over the current car.

The all-new 2019 Kia Forte will arrive in U.S. showrooms later this year.