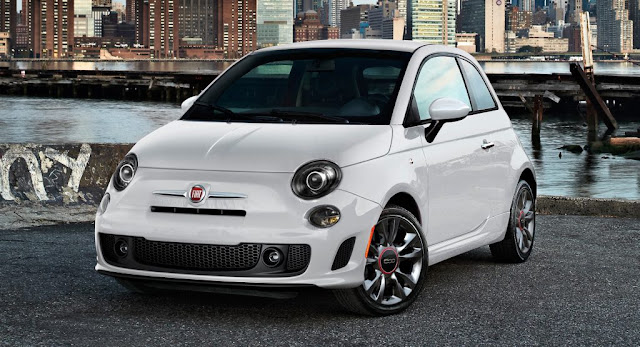 The #Fiat 500 Urbana Edition isn’t one of the most exciting premieres at the 2018 New York Auto Show, because, you know, it’s based on the same car that has been in production since 2007.

Still, the brand’s parent company, FCA, believes that America needs it, so they’re going to launch it this spring, shortly after its presentation.

So what’s different about it?


Available in five exterior colors, called Bianco White Ice, Perla White Tri-Coat, Pompei Silver, Granito Gray and Metallo Gray, it gets some exterior updates compared to the 2018MY. These include the smoked lights on both ends and 16-inch hyper-black aluminum wheels with ‘Urbana Edition’ elements.

Bucket seats at the front, trimmed in black Sport Cloth with silver accent stitching and black instrument-panel bezel transform its interior into something of an Abarth-wannabe, without the extra go.

Just like the rest of the 2018 Fiat 500 models, except for the 500e EV, the 500 Urbana Edition is equipped with a turbocharged 1.4-liter four-cylinder engine. It generates 135hp and 150lb-ft (203Nm) of torque, and works together with a five-speed manual or a six-speed automatic transmission, although the automaker hasn’t announced yet whether both options will be available.

The special edition version of the 500 joins the Urbana Edition variants of the 2018 500L and 2018 500X. The former is available on the Trekking models for an additional $395, and the latter adds an $845 premium on the FWD and AWD versions of the 500X Trekking. Both of them can already be ordered at Fiat’s dealers across the US.
Tags : Fiat, Fiat 500, New Cars, New York Auto Show,
Share to: