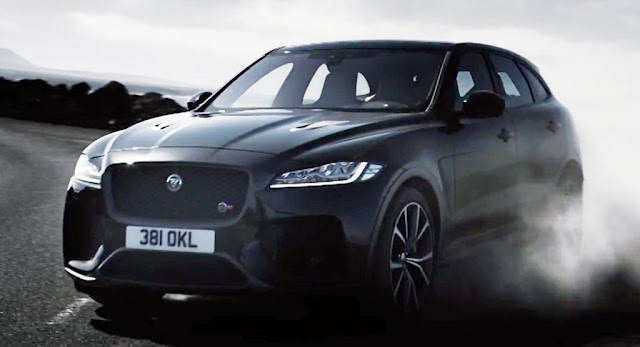 Less than a month ago, #Jaguar took the wraps off the F-Pace SVR at the New York Auto Show. At that time, the British automaker also released an introductory video – but that clip was nothing like this one.

That’s enough to put the Porsche Macan in its place, even in GTS or Turbo guise. Ditto the Alfa Romeo Stelvio Quadrifoglio, Audi SQ5, BMW X3 M40i and Mercedes-AMG GLC63. And just about anything else in its class, for that matter.

It’d be just the kind of machine, in short, that we’d choose to drive, say… up a volcano. And that’s just what Jaguar has done with this latest video.

Well, not just one, but two of them, actually. One in black, one in silver, starting from opposite sides of the same island and crossing paths at full steam in the middle. It’s as violent as the exhaust note from that legendary engine and it just makes us wonder what Jaguar Land Rover might shoehorn that supercharged engine into next – and what the competition might be preparing to knock it off its perch. Because make no mistake about it, the F-Pace SVR is the new king of the hill, volcanic or otherwise.
Tags : Film, Jaguar, Jaguar F-Pace, Jaguar Videos, SVO, Video,
Share to: