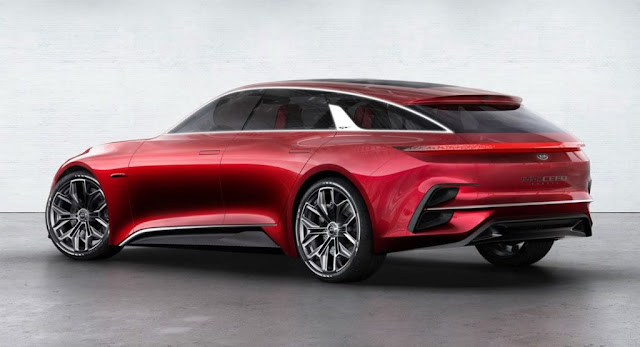 #Kia has confirmed that it is working on a third body style for the latest-generation Ceed, and it could very well be a Shooting Brake.

At last year’s Frankfurt Motor Show, the South Korean automaker unveiled the stunning Proceed Shooting Brake Concept. Initially, it was unclear if the automaker had already designed a production version, but during a recent discussion with Auto Week, Kia’s head of product planning seemed to confirm that the car will reach the production line.

According to David Labrosse, Kia will introduce a third bodystyle of the Ceed at the upcoming Paris Motor Show to slot alongside the hatchback and wagon.

Style and practicality to join forces

Further quizzed about the model, Kia Motors Europe’s former chief operating officer Michael Cole, was asked if the next Ceed variant will be similar to the Hyundai i30 Fastback. Responding, Cole said the new Ceed will instead be more sporty and practical.

It’s hard to deny the fact that the Proceed Shooting Brake Concept looked extremely intriguing. With that in mind, it could easily act as the perfect flagship model in the Ceed range, if put into production.