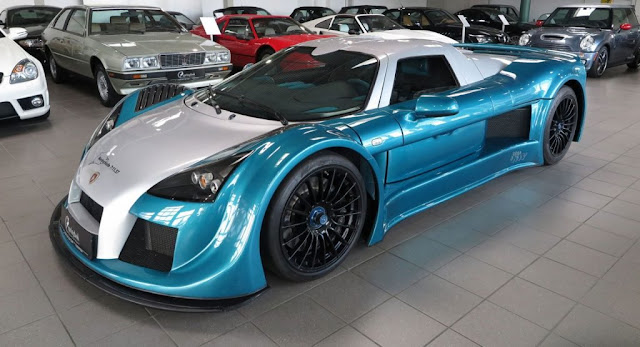 The #Gumpert Apollo Sport that used to hold the production car lap record around the Nurburgring is currently for sale in Germany.

Back in August 2009, Florian Gruber from Sport Auto lapped the Green Hell in this very Gumpert Apollo Sport in a blistering 7 minutes and 11.57 seconds.

Such a time may not seem all that impressive today, where more and more street cars are scrapping under the 7 minute mark, but 10 years ago it was a staggering time. What made the record all the more impressive was just how small and young Gumpert was as a company in 2009.

Unlike most of the Apollo Sports manufactured, the Nurburgring car listed by Classic Driver features slightly sleeker bodywork, including curvaceous front wheel arches that seamlessly join the front splitter. A unique silver and turquoise paint scheme finishes things off.